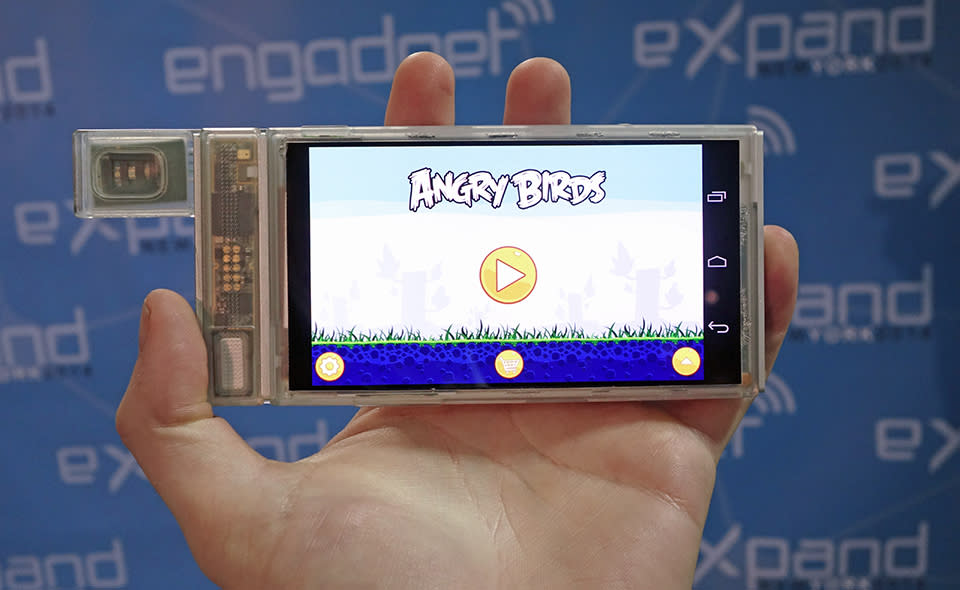 What do you want to know about Project Ara? Does a modular smartphone actually work? Yes. Is it very different from Android phones? In a basic how-a-phone-all-works, yes indeed. Paul Eremenko, Technical Project Lead on Google's modular phone project just called in at Expand NY, and he brought along the latest working prototype. Modular phones do indeed work: you can take out a component without bricking the device, it can already run Angry Birds and we just got to play with one. In this article: ara, engadgetevents, engadgetexpand, exclusive, expand, expandny, google, mobilepostcross, modularphone, project ara, projectara, video
All products recommended by Engadget are selected by our editorial team, independent of our parent company. Some of our stories include affiliate links. If you buy something through one of these links, we may earn an affiliate commission.