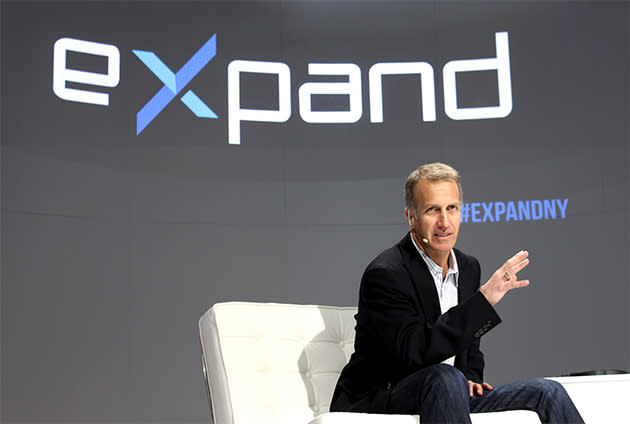 If WiTricity CEO Alex Gruzen gets his way, the company's tech will soon wind up in your phone, your car and even inside your body. That's because the Massachusetts-based company deals in magnetic resonance technology, and if those words don't mean anything to you now, they probably will before long. You see, WiTricity has been working for the past five years on a way to wirelessly transfer power between devices, and Gruzen told our audience at Engadget Expand NY that the wireless future is basically right around the corner.

"The last burden we have is the power cord," Gruzen said. Not up on your magnetic resonance breakthroughs? Here's a quick primer: unlike the inductive form of power transfer (which Gruzen says is meant to go from "one plug in the wall to one wire to one source to one device"), power transfers using magnetic resonance don't need physical contact between the transmitter and the receiver. You'd be able to throw your phone within range of a power source, for instance, instead of gingerly it laying down on top of it. Naturally, the tech has been refined over the years, and it's gearing up to hit the mainstream within just a few months.

"The certification process has been defined, everyone is out there pushing products, and CES will be the coming out party," he mentioned to Engadget senior editor Richard Lai. And the attendees at that party? Just about every product class you can think of. Intel has adopted WiTricity's Rezence standard for a batch of laptops that'll hit some time in 2015, and Toyota is planning a next-generation Prius that uses that charging tech, too -- instead of plugging in the hybrid, you'd just park it on top of a special pad. And you'd better believe the medical community is interested -- after all, it'd provide a remarkable way to power a heart pump that doesn't require infection-prone wires exiting the chest cavity. It's possible that power beaming technology winds up in more than just discrete, individual gadgets too. WiTricity has a showroom in its Watertown headquarters that Gruzen refers to as the "room of the future" -- a power source is nestled in one corner of the space and propagates out along a network of passive power repeaters nestled under carpet tiles. The end results? A floor that essentially doubles as a source of electricity. Now we're really playing with power.

In this article: electricity, expand, ExpandNY, featured, features, interview, power, video, wireless, wirelesscharging, wirelesspower, witricity
All products recommended by Engadget are selected by our editorial team, independent of our parent company. Some of our stories include affiliate links. If you buy something through one of these links, we may earn an affiliate commission.