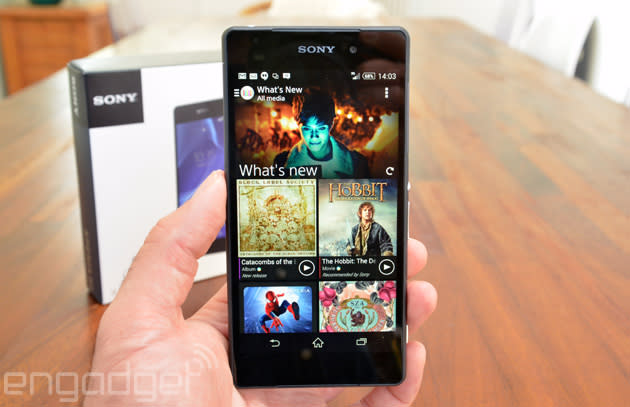 We're going to say that Sony's relationship with the PS Vita is a little bit, well, complicated. Why? Because one of the biggest reasons to even own one these days, Remote Play, is now available in more places. Specifically, the Xperia Z2 smartphone and its similarly-named tablet cousin. That's right, you no longer need to own the catch-up king's portable gaming system or Z3 device to play PlayStation 4 games while you're away from your console and TV. Given that it uses the console's DualShock 4 controller rather than the slightly cramped confines of the Vita, depending on the size of your hands it could be a better experience, too. Sony says that the Xperia line is the only place you'll get full Remote Play functionality, but folks on the XDA Developers forums are already working to get around that bit of exclusivity so it's available on all capable Android gizmos. Are you a new Vita (or Z3) owner feeling a bit slighted now? Let us know in the comments.

In this article: gaming, hd, hdpostcross, mobilepostcross, psvita, remoteplay, sony, xperia, z2, z3
All products recommended by Engadget are selected by our editorial team, independent of our parent company. Some of our stories include affiliate links. If you buy something through one of these links, we may earn an affiliate commission.