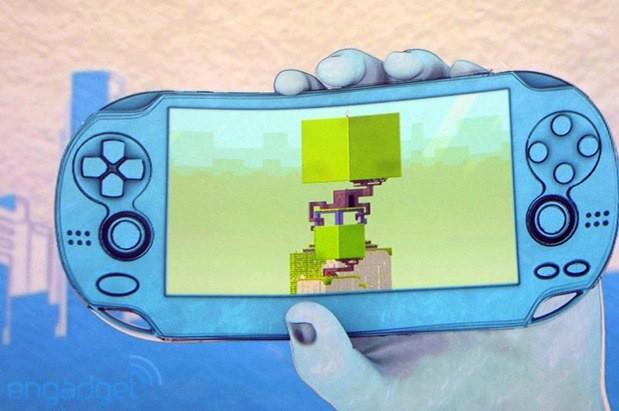 Consoles don't ever really come back from the dead, they just usually become niche. But the PlayStation Vita, Sony's redheaded portable stepchild, is currently having its Lazarus moment more than a year after release; a solid second chance at relevance. It's a resurrection owed entirely to the indie community, a fact Sony's more than happy to acknowledge -- just look at the company's recent marketing and Gamescom presser for proof. But before we talk Vita 2.0 and the promising future ahead, let's rewind a bit to examine the missteps that almost pushed Sony's powerhouse portable off a cliff.

Dual analog sticks, rear and front touch panels, a 5-inch OLED screen -- the Vita was designed to impress and address the gripes gamers had long held for the PSP. Even the promise of PSN downloads for every game seemed to eradicate the dreaded physicality of the UMD, a proprietary Sony accessory. But then came the system's launch and history did a terrible bit of repeating: a $250 price point, prohibitively expensive custom memory cards, and a scant initial lineup. The Vita was stillborn and the stubborn Sony of old knew it.

For a while there, post-launch, it appeared as if the Vita was being mindlessly pushed down the same rabbit hole that swallowed the PSP, making it yet another smaller screen repository for console-like gaming experiences. The results of which gave us gems like Gravity Rush and Uncharted: Golden Abyss; games that played well, but also struggled to organically incorporate the Vita's unique touchscreen inputs. In reality, both were true PS3 titles with shoehorned Vita controls. But what else was Sony to do? It needed AAA titles to sell units, or so the company thought.

Holiday 2012 came and went and Sony's attractively priced Vita bundles (e.g., Assassin's Creed III: Liberation, Call of Duty Black Ops Declassified, etc.) helped keep system sales afloat, but it was still a far cry from a market share cure-all. And then the drought came. Vita games quite literally dripped onto PSN, forcing most early adopters to shelve the system altogether in favor of PS3 releases or the promise of the next-gen. Vita had become a write-off -- a misunderstood, but beloved hardware anecdote in the annals of gaming history. Fortunately, Sony had a vision in place to buoy the system and it began to lay the groundwork for the sea change to come. The company made several key moves to keep the system flush with attention: it eradicated the PS Mobile licensing fee for devs, dangled the tantalizing promise of Vita Remote Play as a key PS4 feature, introduced a dedicated indie portal on PSN and announced key indie faves as eventual ports.

Then came the Swedes. Guacamelee might seem like a fitting reference point for the Vita's about-face, what with its familiar 2D platforming mechanics and accessible gameplay bundled into a $15 PSN cross-buy. But it wasn't until Hotline Miami that Vita had hit its true tipping point. Here was a topdown, hyperviolent indie shooter, lovingly slaved over by a team of two from Sweden, that served up just the right type of addictive, snackable gameplay Vita gamers had been lacking. And it wasn't even an exclusive -- Sony had the game ported over from PC. No matter though, Hotline Miami had all the hallmarks of the PlayStation brand of yesteryear: challenging gameplay, a healthy dose of irreverence, a thumping techno soundtrack and a killer dose of edge enough to endear the hip squadron. Lightning had finally struck Vita and the press and public at large began to take notice. Sony had stumbled onto a lifesaving strategy and this was our first taste.

Still, Sony had more work to do if Vita was to gain traction, especially with gamers eagerly awaiting (and saving for) the bow of the next-gen; something the company had been publicly dragging its feet over -- namely, a major price drop. It may have taken Sony nearly two years to do, but the company finally caved, using Gamescom 2013 as the platform to announce an immediately effective $199 system price, as well as a slight reduction to the still outrageous MSRP for its memory cards. It wasn't quite the proverbial two birds with one stone many had hoped for -- that memory card price could stand to decrease more -- but it sure signals loftier times ahead for the Vita. Couple that with an indie release schedule that includes the likes of Fez, Minecraft, a sequel to Hotline Miami, Spelunky, Luftrausers and the Squee / Edward Gorey-esque Murasaki Baby, and the promise of PS4 Remote Play now seems a remote concern, though no doubt an invaluable added bonus.

It's fair to say that, right now, it finally feels good to be a Vita owner.

In this article: editorial, Gamescom2013, hdpostcross, PlayStation, playstation vita, PlaystationVita, ps vita, PSVita, sony, Vita
All products recommended by Engadget are selected by our editorial team, independent of our parent company. Some of our stories include affiliate links. If you buy something through one of these links, we may earn an affiliate commission.