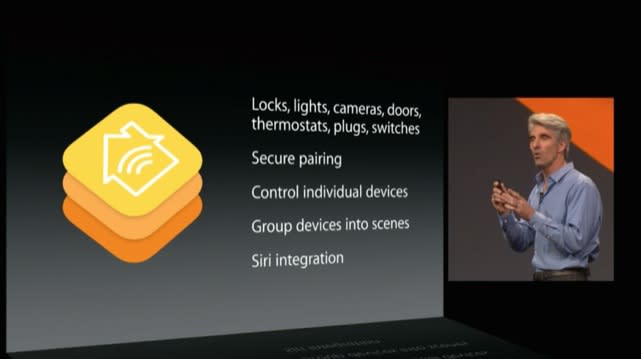 We haven't heard much about Apple's HomeKit framework since WWDC 2014, but things are about to change. HomeKit is Apple's framework for allowing connected devices to work with iPhone and iPads, and all we're really known about it was contained in a couple of slides during the WWDC 2014 keynote.

Now things are starting to heat up in preparation for the January Consumer Electronics Show. According to GigaOM's Stacey Higginbotham, at least one existing connected device manufacturer -- iDevices -- will launch new HomeKit products at the huge show in Las Vegas.

iDevices is known for its iGrill meat thermometer (first reviewed on TUAW way back in 2010 by our very own Mike Rose), and the company has invested $10 million in preparing for the HomeKit program. That money wasn't spent to just add HomeKit compatibility to the iGrill, but to allow the company to launch partnerships with other companies that can use its HomeKit platform. So the company's investment was spent on building an in-house team of professionals in hardware, embedded software, design, sales and marketing to help assist other companies in the burgeoning HomeKit market.

CEO and co-founder of Litehouse.io Nahid Alam told Higginbotham that her startup, founded in January by former Intel and Amazon executives, is selling a module providing Wi-Fi and voice recognition that is also MFi-certified.

Both iDevices and Litehouse.io are making it possible for other startups to get into the HomeKit connected devices world without the expense of re-inventing the wheel. The result will be a world of products, all HomeKit-compatible, that should be ready to show off to the public this coming January.

In this article: accessories, connected devices, homekit, idevices, igrill, litehouse.io
All products recommended by Engadget are selected by our editorial team, independent of our parent company. Some of our stories include affiliate links. If you buy something through one of these links, we may earn an affiliate commission.