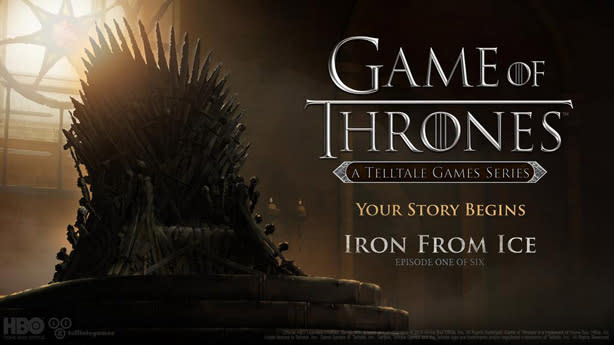 The first chapter in the episodic Game of Thrones: A Telltale Games Series will launch "soon," developer Telltale revealed today.

"Iron From Ice" is the first of six planned episodes premiering in the coming months. A launch date is not yet known.

[Image: Telltale Games]
In this article: game-of-thrones, game-of-thrones-a-telltale-games-series, microsoft, pc, playstation, ps3, xbox
All products recommended by Engadget are selected by our editorial team, independent of our parent company. Some of our stories include affiliate links. If you buy something through one of these links, we may earn an affiliate commission.