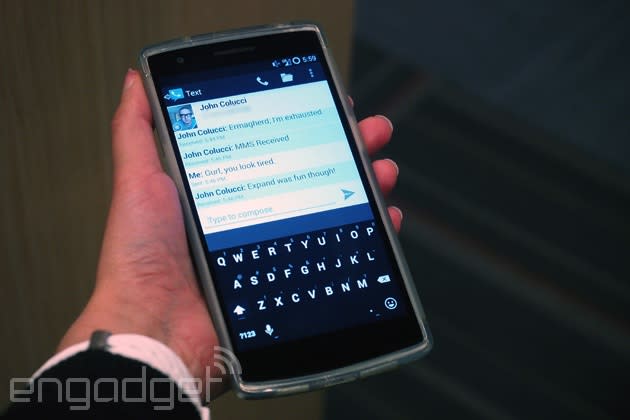 One of the biggest hangups of Google Voice has been the absence of MMS when talking to Verizon subscribers; you couldn't really lean on Voice for all your messaging, even if many other carriers were onboard. Well, consider that problem solved. Voice now officially supports MMS when Verizon customers are involved, so there shouldn't be rude surprises when either end wants to share more than just text. Google is simultaneously adding native MMS photo support for everyone who uses Voice in Hangouts, so recipients can see pictures in-line rather than click on a link. Reports from users suggest that upgrades may not have reached everyone yet, so don't fret if people are still receiving links. Provided everything falls into place, though, you'll have one more reason to stick with Google's internet-savvy service.
In this article: google, googlevoice, hangouts, messaging, mms, mobilepostcross
All products recommended by Engadget are selected by our editorial team, independent of our parent company. Some of our stories include affiliate links. If you buy something through one of these links, we may earn an affiliate commission.