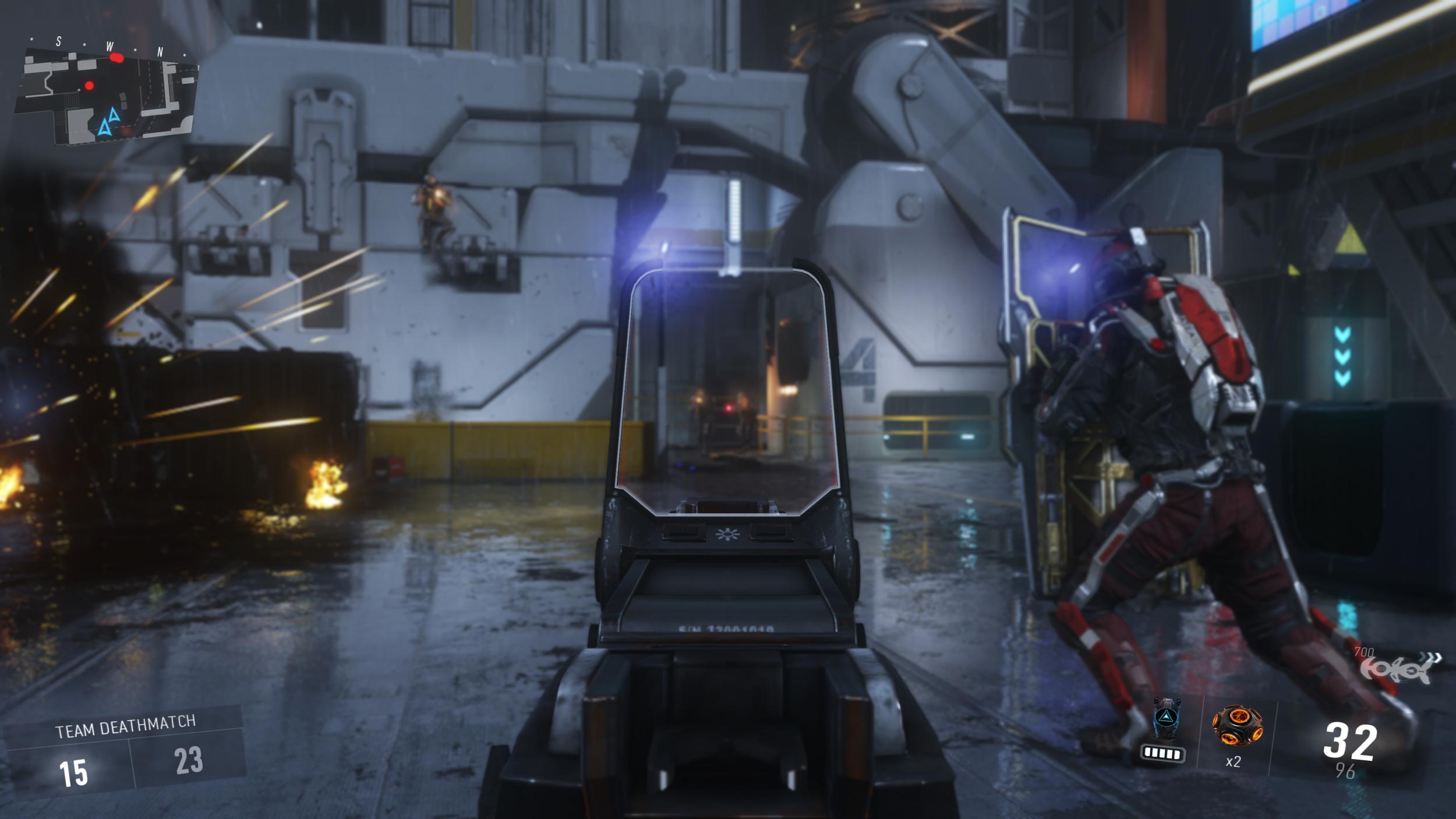 After six weeks unchallenged, even FIFA 15 can't stop Call of Duty: Advanced Warfare from taking top spot in the UK. EA's latest sterling factory falls to No. 2, while according to Chart Track, Sledgehammer's shooter outsells the combined first week sales of Titanfall, Destiny and Wolfenstein: The New Order - by 14 percent.

Of course it helps when you're on all platforms and, oh we don't know, a Call of Duty. It might be more revealing to contrast and compare Advanced Warfare against Ghosts, and the 2014 game did beat its annual predecessor's first week in the UK. However, Advanced Warfare debuted on PS4, Xbox One, Xbox 360, PS3 and PC, while Ghosts launched on PS4, Xbox 360, PS3, PC and Wii U. The Xbox One version of Ghosts arrived the following week, and for that matter the game's PS4 and Xbox One copies launched before the respective consoles did...

For more on this week's UK charts including the full top ten and the music video (yes it's still going), advance beyond the break.

The other new release to break the top ten this week is Football Manager 2015, sitting in third place just behind fellow soccerite FIFA. Yes, Brits love footie, etc. but it's worth noting Sega's management sim holds off Call of Duty in the PC format charts. Back in the land of all formats, Alien: Isolation rises out of the vents by climbing from 13th to 4th, thanks to retailer promos. Meanwhile Sunset Overdrive, last week's 2nd place, clings to the rails in 8th.

[Image: Activision-Blizzard/EA]
In this article: 3ds, Activision, Activision-Blizzard, call-of-duty-advanced-warfare, chart-track, chart-track-weekly, fifa-15, microsoft, nintendo, pc, playstation, playstation-vita, ps3, ps4, sledgehammer-games, uk, vita, wii-u, xbox, xbox-one
All products recommended by Engadget are selected by our editorial team, independent of our parent company. Some of our stories include affiliate links. If you buy something through one of these links, we may earn an affiliate commission.