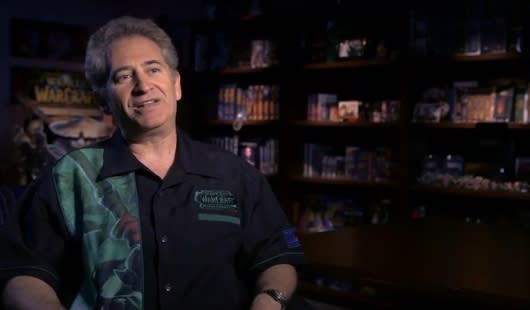 You might have missed the "other" Warcraft movie reveal at BlizzCon this past week, but we're here to make sure that you don't let it slip by completely. Blizzard premiered a special World of Warcraft documentary at the convention called Looking for Group, and you can watch the flick in its entirety right now.

Looking for Group examines the phenomenon of the MMO's creation and operation over the past 10-plus years. According to the studio, the documetary will allow you to "explore the history of WoW with its creators, and journey into corners of Blizzard and the WoW community you've never seen before."

Grab your Michael Jackson comment popcorn and watch it after the break!

In this article: activision, blizzard, blizzard-entertainment, blizzcon, blizzcon-2014, con, convention, doc, documentary, event-coverage, fantasy, lfg, looking-for-group, massively-event-coverage, movie, trailer, trailers, video, videos, warcraft, world-of-warcraft, wow
All products recommended by Engadget are selected by our editorial team, independent of our parent company. Some of our stories include affiliate links. If you buy something through one of these links, we may earn an affiliate commission.