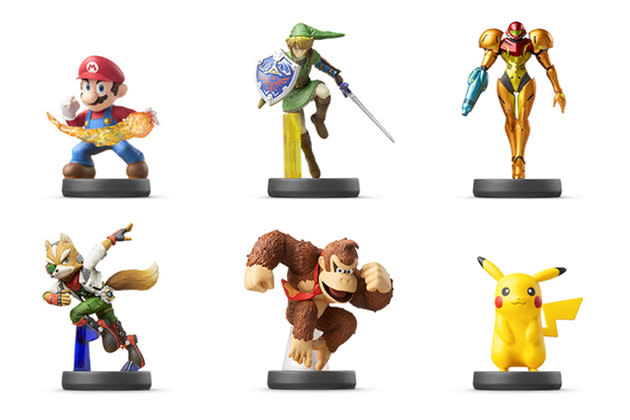 Nintendo is evolving. Confronted with poor Wii U sales, it's slowly been embracing ideas introduced by other manufacturers years ago. Mario Kart's first major DLC (ignoring the Mercedes-Benz pack earlier this year) will arrive this Thursday; Super Smash Bros. will be the first Nintendo game to launch with digital pre-loads; it's said to be actively considering an end to region-locked hardware; and now it's teaming up with startup Loot Crate to try and market its amiibo NFC accessories in a new and fairly innovative way.

Loot Crate has seen success offering themed monthly packages of game / geek culture trinkets for a fixed monthly price. The Nintendo bundle works a little differently: anyone signing up is guaranteed three separate packages over the holiday season that will contain a total of 10 amiibos. Included will be Mario, Pikachu, Donkey Kong, Fox, Yoshi and five other characters to be revealed at a later date. What can you do with amiibos? Right now, not a great deal, but once Super Smash Bros. arrives they'll facilitate a host of interesting features. Those signing up are also promised "a few additional surprises," so it's likely there'll be some other accessories included in the packages.

While pricing has yet to be announced, the price of a single amiibo from Nintendo is $12.99, about the same price as Loot Crate's regular monthly packages. With three or four in each package, it's likely the special amiibo bundles will be considerably more expensive than Loot Crate subscribers are used to. Nonetheless, you'd imagine there'll be some sort of discount on offer here, and if you like the idea of receiving mystery packages containing the admittedly adorable NFC figurines, you can register your interest at Loot Crate here.

In this article: 3ds, amiibo, Mario Kart 8, nfc, nintendo, super smash bros, wii u
All products recommended by Engadget are selected by our editorial team, independent of our parent company. Some of our stories include affiliate links. If you buy something through one of these links, we may earn an affiliate commission.