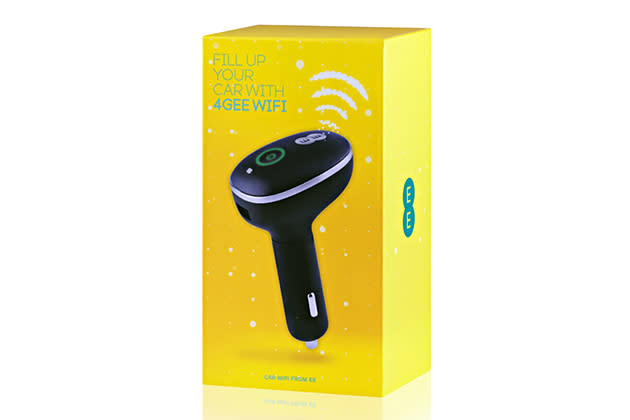 In its bid to get more customers connecting to its 4G network while they travel, EE introduced the Buzzard, a £49.99 plug-and-play mobile hotspot designed specifically for the car. Launched in April, the device came in two separate parts, making it difficult to store and plug in during your journey. EE appears to have realised this, as today it's introducing its successor, the Buzzard 2. Like the original avian-themed dongle, the Buzzard 2 plugs into your car's dashboard and supports up to 10 WiFi connections. However, it comes with a new lighting system that makes it easier to use and can also serve as a USB charger, allowing you to charge your devices while you browse (when you're not driving, of course). EE's new hotspot is priced at £79.99 (£30 more than the original) when bought outright, but comes down to £19.99 when purchased with a £10 monthly plan, which includes 1GB of data. However, you can get it for free if you sign up for the £15 tariff, which lavishes you with 3GB of data every month. If you've got small kids intent on watching Netflix all the time, that allowance might not get you very far, but it'll do a job if you want a backup for your smartphone plan.

In this article: 4g, buzzard, buzzard 2, dongle, ee, lte, mifi, mobilepostcross, uk-feature, wifi
All products recommended by Engadget are selected by our editorial team, independent of our parent company. Some of our stories include affiliate links. If you buy something through one of these links, we may earn an affiliate commission.