The bestiary for Warlords of Draenor has been updated with a new entry focusing on creatures primarily found in Nagrand. Most players won't be seeing Nagrand until level 98 or 99, but the entries still make for a pretty interesting read, considering most of the creatures involved are encountered in other areas of Draenor as well. Because of this, you won't really be running into too much in the way of spoiler content.

Four different creatures are highlighted in this installment, from the familiar clefthoof to the not so familiar saberon. Most interesting perhaps are the Pale, emaciated creatures that are encountered all over Draenor, but concentrated most heavily in Nagrand. Players will recognize the Pale on sight, as they are some of the first enemies encountered in both Frostfire Ridge and Shadowmoon Valley. I don't know what I was expecting in regards to their back story, but what's presented in the bestiary is a pretty creepy, interesting history with some pretty cool implications.

Check out Blizzard's official post for all the new creatures -- and while you're there, you might want to see if there are any earlier installments you may have missed along the way.

In this article: bestiary, clefthoof, draenor, draenor-bestiary, elementals, nagrand, pale, saberon, the-pale, throne-of-the-elements, warlords-of-draenor
All products recommended by Engadget are selected by our editorial team, independent of our parent company. Some of our stories include affiliate links. If you buy something through one of these links, we may earn an affiliate commission. 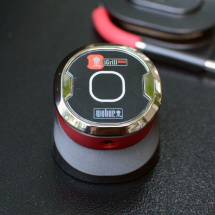