Carriers are testing 'laser-radio' for bringing broadband to rural areas 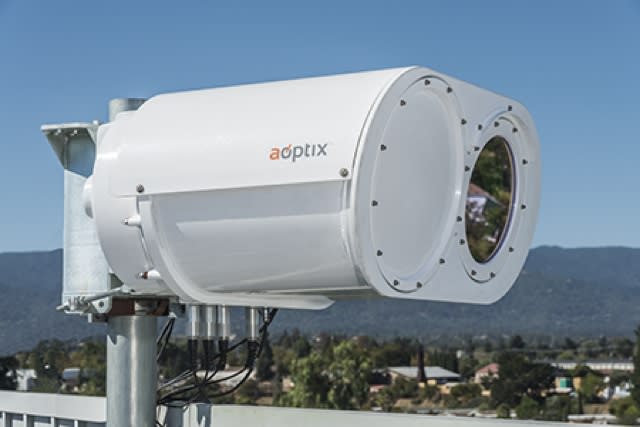 A major step forward for wireless network infrastructure could also mean faster cellular speeds for you -- especially if you live out in the country. Technology Review is reporting that three US carriers are currently testing a new high-speed wireless solution that relies on laser and radio links, which can reach speeds of around 2Gbps at distances of up to 10Km (around 6 miles). AOptix, the company behind it, claims the links can be daisy-chained together to create much longer connections. It's being positioned as an alternative to fiber, which is prohibitively expensive for unpopulated rural areas. And it's also useful for cities where fiber installations involve mounds of municipal red tape.

While lasers can be disrupted by fog and rain poses a similar threat to millimeter radio waves, AOptix took those issues into account. It transmits data over laser and radio in parallel to offer a decent amount of redundancy. We don't know the three carriers currently exploring the company's tech (we'd wager on the three biggest ones), but Mexican telecom Car-sa says it's using the wireless links for its corporate customers.

In this article: AOptix, lasers, network infrastructure, wireless
All products recommended by Engadget are selected by our editorial team, independent of our parent company. Some of our stories include affiliate links. If you buy something through one of these links, we may earn an affiliate commission.