Toyota could abandon hydrogen in favor of EVs 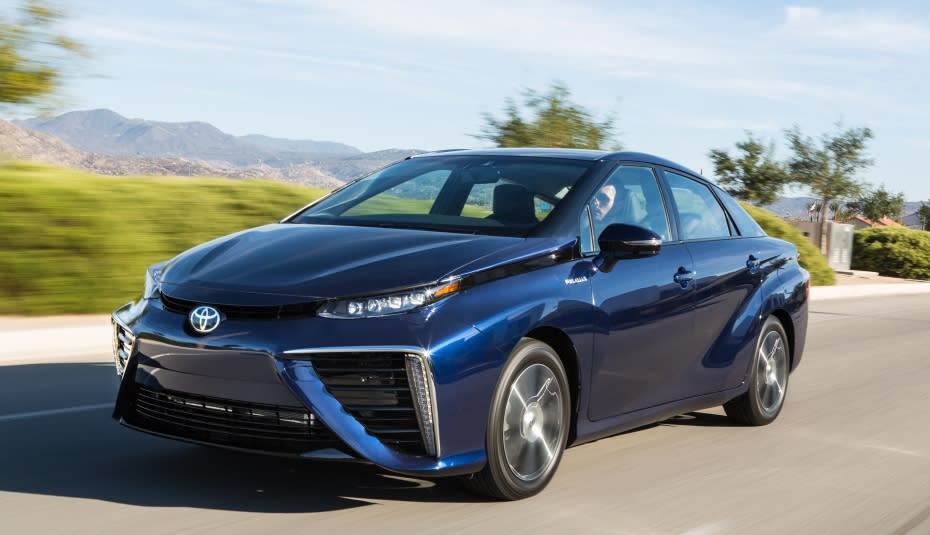 Toyota has announced that its upcoming fuel cell vehicle (FCV) will be called the Mirai and that it's building a network of hydrogen stations in the US Northeast to support it. The $69,000 (update: maybe as cheap as $45,000 -- check after the break)vehicle is due to arrive in the US in 2016. The Japanese automaker proclaimed that "the future has arrived," (Mirai means "future" in Japanese) which may make the thousands of people who've owned a Honda FCX Clarity FCV since 2005 gag. But despite being late to the game, Toyota is now making a huge bet on FCVs. It has teamed with Air Liquide to build 12 hydrogen stations in New York, New Jersey, Massachusetts, Connecticut, and Rhode Island. The stations will be "strategically placed" so that drivers of the 300-mile-range Mirai can tool around the region without (much) anxiety. Previously, Toyota said that 19 hydrogen stations would be installed in California. Ironically, Toyota's announcement comes at the same time Honda said that its own hydrogen car would be postponed until 2016, though it added that it'd announce its own infrastructure plans soon. Hydrogen-powered cars are about half as energy efficient as battery-powered vehicles, because not only is energy lost in making hydrogen, but fuel-cells (like Toyota's) are only 60 percent or so efficient. In addition, both Honda and Toyota now have to play catch-up with Tesla and others on re-fueling infrastructure. Despite those issues, FCV's do have one big advantage for drivers -- it only takes 5 minutes to fill one up.

Update: In a subsequent press release, Toyota pinned the Mirai's MSRP at $57,500, and said that with federal incentives (assuming they're extended into next year), it could be purchased for below $45,000. A 36-month lease option will also be available, with $3,649 due at signing and $499 per month. That's not cheap either, but the "360-degree Ownership Experience" could make the packages worthwhile. That includes complementary hydrogen fuel for up to three years, an eight year 100,000 mile warranty on fuel cell components, a 24/7 concierge and roadside assistance package, Entune with a map app that points to hydrogen filling stations and finally, three years of Toyota Care that covers recommended factory maintenance.

In this article: fcv, fuel cell, FuelCellCar, hydrogen car, toyota
All products recommended by Engadget are selected by our editorial team, independent of our parent company. Some of our stories include affiliate links. If you buy something through one of these links, we may earn an affiliate commission.