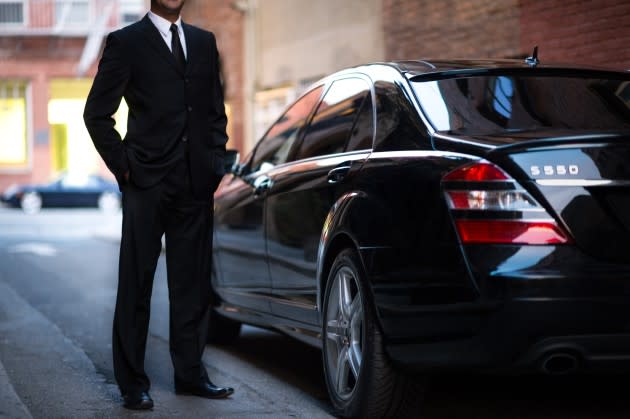 Uber, which keeps lurching from one PR disaster to another, just found itself in hot water again. At a private dinner attended by a Buzzfeed reporter, exec Emil Michael mused that Uber should spend "a million dollars" to dig up dirt on the "personal lives..., families" of reporters. In particular, he keyed in on Pando Daily journalist Sarah Lacy, who wrote about deleting her Uber app after its (very distasteful) tie-up with a French modeling/escort agency. Incredibly, he suggested that since Uber is supposedly safer than taxis, Lacy should be held responsible for any women who are sexually assaulted after deleting their Uber apps.

Buzzfeed clarified that Michael -- who also advises the Pentagon -- never said that Uber should hire investigators to probe journalists, but did imply that it would be justified in doing so. In response to criticism, he said "The remarks attributed to me at a private dinner -- borne out of frustration during an informal debate over what I feel is sensationalistic media coverage of the company I am proud to work for -- do not reflect my actual views and have no relation to the company's views or approach. They were wrong no matter the circumstance and I regret them."

In addition, Uber spokesperson Nairi Hourdaijan said that "We have not, do not and will not investigate journalists. Those remarks have no basis in the reality of our approach." It also claims it has strict rules against accessing journalists' travel logs, information it has at hand which would be very useful to private detectives. However, Buzzfeed pointed out that Uber recently accessed one of its reporters' logs during an email conversation without the slightest permission.

In this article: EmilMichael, investigation, journalists, Uber
All products recommended by Engadget are selected by our editorial team, independent of our parent company. Some of our stories include affiliate links. If you buy something through one of these links, we may earn an affiliate commission.