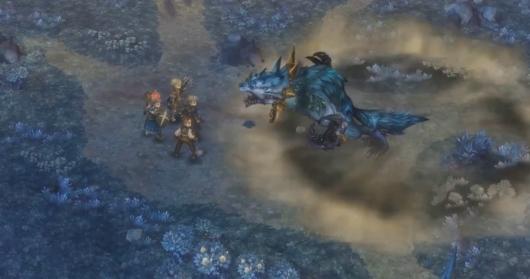 There's no denying that even in static shots, Tree of Savior looks like a very pretty isometric game. The title is on display at G-Star 2014 and showing off a new trailer courtesy of Steparu that highlights some of the game's big field bosses, playable classes, and the general look of the world as a whole. And you can watch that trailer just after the break to see all of these moving parts in action.

Nexon has been confirmed as the Korean publisher for the game, but there are still no announcements to be had about any sort of publication in the US. The game's control layout has been revealed to be a far cry from the point-and-click interface suggested by the overhead view; movement is handled with the arrow keys, and the first two rows of the keyboard serve as hotbar bindings. Check out the video past the break to see if it looks like something you'd like to play in the future.

[Thanks to Yorai Dragon for the tip!]


In this article: fantasy, g-star, g-star-2014, gameplay, gameplay-preview, imc, imc-games, news, news-items, nexon, nexon-korea, preview, q-and-a, tos, trailer, trailers, tree-of-savior, tree-of-savior-online, video, videos, visual, visuals
All products recommended by Engadget are selected by our editorial team, independent of our parent company. Some of our stories include affiliate links. If you buy something through one of these links, we may earn an affiliate commission.