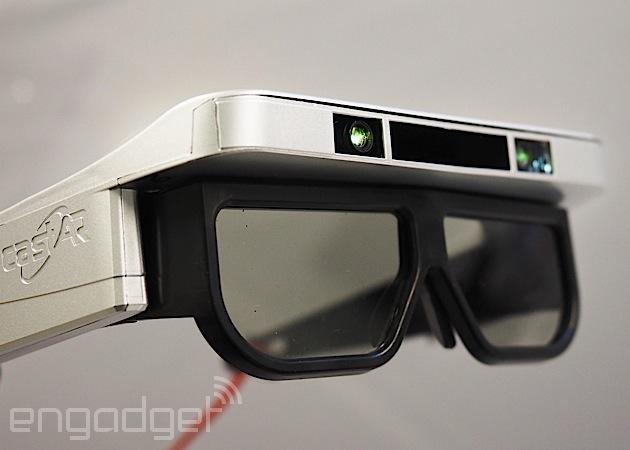 The castAR team has just shipped its first pair of augmented reality glasses, a year after it raised $1 million on Kickstarter. This headset, developed by a group headed by ex-Valve engineers Jeri Ellsworth and Rick Johnson, features active shutter glasses, a camera for input and a projector that displays 3D images onto a surface. Its developers call the device "the most versatile AR and VR system," but its strength lies in augmented reality (digital display superimposed against the real word) -- you can't even use its VR functions unless you also get the optional clip-on. When we interviewed the developers and tried out the latest prototype, we noticed a number of improvements from previous versions, including brighter and crisper images and a lighter design.

In the video below, you'll see the company founders packing the first set to go out, along with its accessories, freebies and even candies. They're shipping out more units to other early Kickstarter backers in the next few weeks, with peripherals like the magic wand coming out in the future.

We're shipping glasses! Proud of our tiny team who worked all year, day, nights and weekends to make this happen. https://t.co/T5Kz1GJThX

In this article: augmented reality, AugmentedReality, castAR, VirtualReality, vr
All products recommended by Engadget are selected by our editorial team, independent of our parent company. Some of our stories include affiliate links. If you buy something through one of these links, we may earn an affiliate commission.