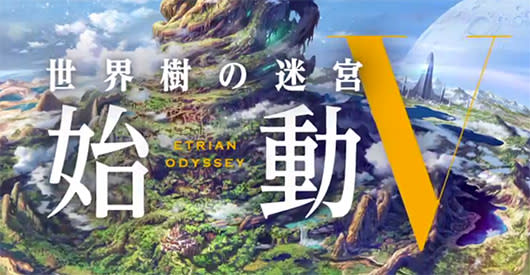 Mere days after the North American debut of Persona Q: Shadow of the Labyrinth, Atlus is planning a return to lengthy, life-consuming dungeon crawls with the newly-unveiled Etrian Odyssey 5.

Little is known of the next entry in the long-running, cult-hit series, as Atlus has only revealed a teaser site and the Japanese-language trailer beyond the break. Presumably it will involve first-person dungeon crawling, powerful FOE enemies and stylized anime artwork, though these are just assumptions based on the history of a series that is known for clinging to classic, well-worn gameplay mechanics.

Unfortunately, along with a dearth of gameplay info, Atlus has also yet to reveal a release date or target platform for Etrian Odyssey 5. As a result, it's currently unknown if the game will reach Western shores or if it will remain exclusive to Japan.
[Image: Atlus]
In this article: atlus, etrian-odyssey-5, etrian-odyssey-untold-the-millennium-girl
All products recommended by Engadget are selected by our editorial team, independent of our parent company. Some of our stories include affiliate links. If you buy something through one of these links, we may earn an affiliate commission.