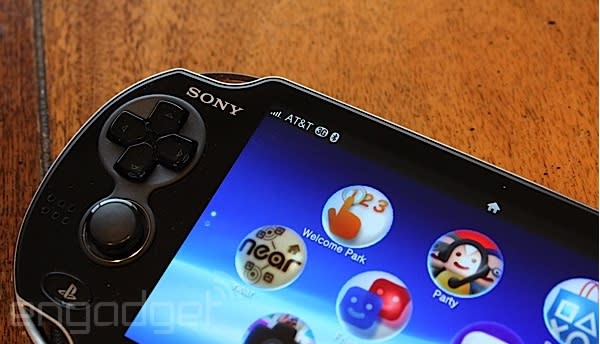 According to the Federal Trade Commission, Sony deceived consumers by falsely advertising the PlayStation Vita's "game-changing" features when the console launched in the US. And, perhaps in an effort to stay out of court, the electronics company has agreed and, more importantly, settled with the FTC. As a result, Sony will be providing a partial refund of $25 cash or credit, or a $50 voucher for select, as-of-yet-unnamed games and/or services, to people who bought its handheld console prior to June 1st, 2012. The FTC cites Sony's Cross-Platform Gaming, Cross-Save, Remote Play and 3G connectivity as the features used to mislead consumers, noting that some of these a) didn't work as advertised or b) were nowhere to be found.

"Sony claimed, for example, that PS Vita users could pause any PS3 game at any time and continue to play the game on their PS Vita from where they left off. This feature, however, was only available for a few PS3 games, and the pause-and-save capability described in the ads varied significantly from game to game," explained the FTC in a statement. "The FTC's complaint also alleges that Sony's PS Vita ads falsely implied that consumers who owned the 3G version of the device (which cost an extra $50 plus monthly fees) could engage in live, multiplayer gaming through a 3G network. In fact, consumers could not engage in live, multiplayer gaming."

With the holiday shopping season upon us, the FTC's Bureau of Consumer Protection Director, Jessica Rich, says the agency won't hesitate to have the consumer's back against companies making deceiving claims about their products. "Companies need to be reminded that if they make product promises to consumers -- as Sony did with the 'game changing' features of its PS Vita -- they must deliver on those pledges," she stated.

Unfortunately for Sony, its PlayStation Vita seemingly took advantage of buyers. Do you agree? Either way, those who qualify should keep an eye out on their inbox -- refunds are due to arrive once the commission puts the final touches on the settlement.

In this article: Federal Trade Commision, FTC, hdpostcross, Misleading ads, PlayStation Vita, PlayStationVita, PS Vita, PSVita, sony
All products recommended by Engadget are selected by our editorial team, independent of our parent company. Some of our stories include affiliate links. If you buy something through one of these links, we may earn an affiliate commission.