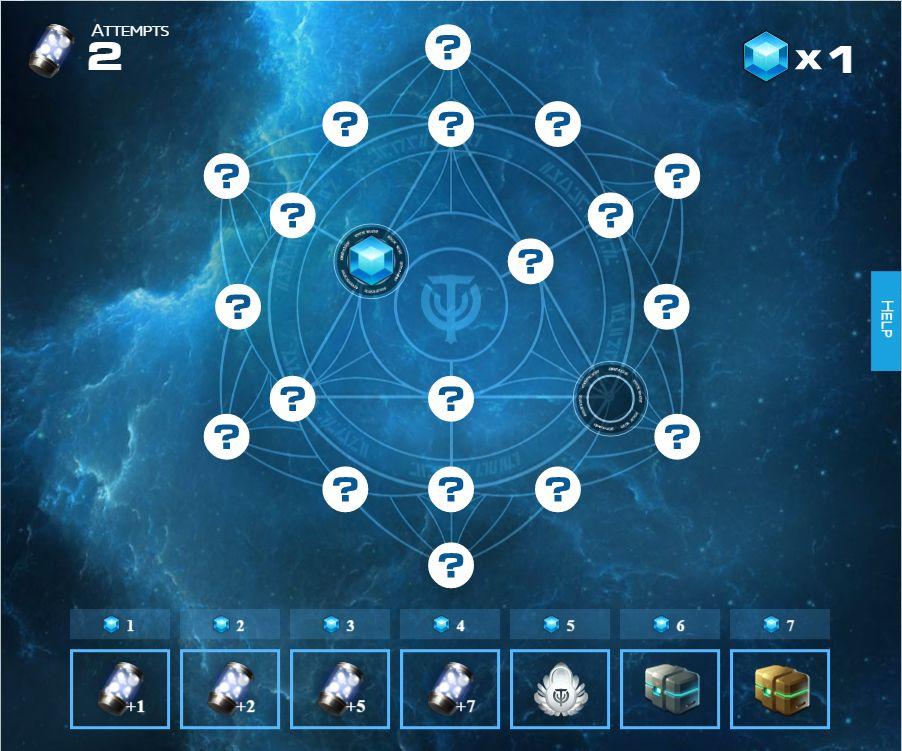 Wanna win a beta key for Skyforge, the upcoming sci-fantasy MMORPG from My.com/Allods Team? I hope you like minigames, then, because Skyforge is going to make you play a minigame to earn that video game beta key. From today to December 23rd, players can log into the game's website to play a daily round of the minigame, called Aelion's Treasure. There's more at stake than just keys, though:

In the mini-game, players have seven attempts daily to find as many blue gems as possible on a board of 21 gems. To win a closed beta key one should collect 5 blue gems. Along the way they'll find several surprises, and a special leaderboard will keep track of players' progress. The top 20 players on the leaderboard each week will also receive an invitation to Skyforge closed beta. Additionally, the player who places in first in the leaderboard rankings each week will receive a Sound Blaster EVO ZXR Headset. Other prizes include an exclusive Skyforge Souvenir Gift Set, an NVIDIA GeForce GTX 770 graphics card.

Hey, at least it's novel, right? The game's first technical beta ran earlier in November. We don't yet know exactly when the beta will begin, though given the duration of this promotion, we can hazard a guess.
In this article: allods-team, beta, beta-test, beta-testing, contest, contests, f2p, free-to-play, my.com, obsidian, obsidian-entertainment, sci-fantasy, sci-fi, skyforge, testing
All products recommended by Engadget are selected by our editorial team, independent of our parent company. Some of our stories include affiliate links. If you buy something through one of these links, we may earn an affiliate commission.