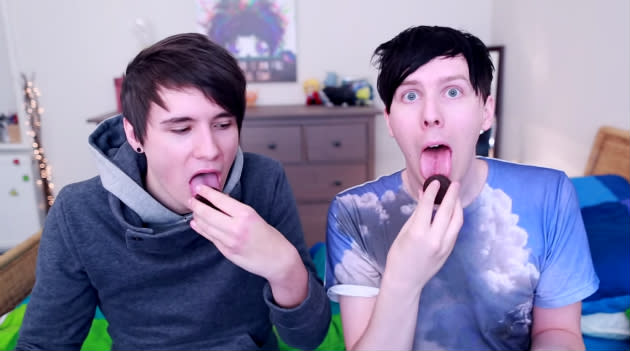 Some vloggers have made it big on YouTube, so it's not surprising that advertisers want to tap into their burgeoning audiences. But rather than shell-out for a traditional pre-roll ad, they're paying the stars themselves to film their commercials. That's okay, if YouTubers actually tell viewers that what they're watching is a paid-for promotion, but many aren't. As a result, the Advertising Standards Authority (ASA) has started cracking down on the practice, starting with Mondelez UK -- the company behind Oreo in Britain -- and a marketing campaign that had vloggers participating in a "Lick Race."

While most of the YouTubers mentioned that they had been contacted by 'Oreo', or thanked the firm in the video description, the ASA says these references didn't go far enough. Given the videos were shot in the vloggers' normal styles, it wasn't clear they were being paid, or that advertisers had some editorial control. This is a sticky issue on YouTube, where the most effective ads are often 'native', or similar to what users are already publishing. It's not always clear whether the videos are independent, part-sponsored or a full-blown ad.

The ASA says the Lick Race videos shouldn't appear again in their current form, although most have now been updated with stronger disclosures. In the future, the UK watchdog says YouTube partnerships will need to be clearer upfront. "When that commercial relationship is in place then the onus is on the advertiser, and by extension the vlogger, to be upfront about it and clearly disclose the fact that they're advertising," it said. Although the ASA doesn't have much power in its own right, it's backed up by the Office of Fair Trading (OFT) and can refer cases to Ofcom and Trading Standards, where fines and further sanctions can be imposed. Of course, this isn't the first time YouTube advertorials have been called into question, and it certainly won't be the last. As more vloggers use the service to make a living, viewers should be made aware of the deals being signed behind the camera.

In this article: advertising, advertising standards authority, Oreo, vloggers, YouTube
All products recommended by Engadget are selected by our editorial team, independent of our parent company. Some of our stories include affiliate links. If you buy something through one of these links, we may earn an affiliate commission.