PS4 adds 360-degree videos and photos in time for PSVR

I tried to identify high-quality audio samples and failed miserably

Windows 10 will play your .MKV and .FLAC files all on its own 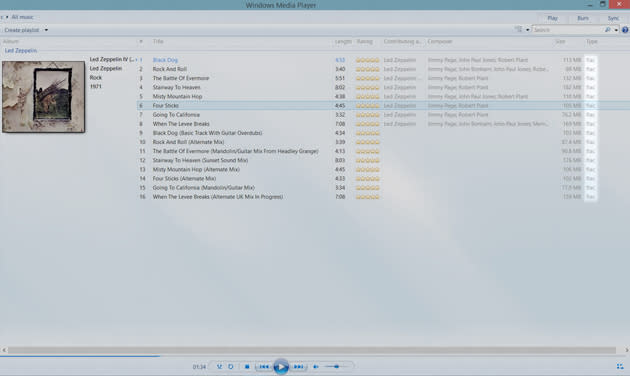 High-end audio enthusiasts love FLAC since it promises to preserve everything just as it was heard in the studio. Unfortunately, it isn't the most widely-supported of formats, but it appears as if it's going to get a warm embrace in Windows 10. Gabriel Aul of Microsoft's Windows Insider program tweeted out a screenshot (above) showing FLAC support in Windows Media Player, later adding that the OS is offering platform-level support - so any compatible app will now be able to play the files without a plug-in. Given that Microsoft also recently let slip that it'll support the .MKV container in its next-gen OS, it's clear that Redmond is reaching out to the inner AV geek in all of us.

In this article: FLAC, Gabriel Aul, microsoft, MKV, Windows 10
All products recommended by Engadget are selected by our editorial team, independent of our parent company. Some of our stories include affiliate links. If you buy something through one of these links, we may earn an affiliate commission.