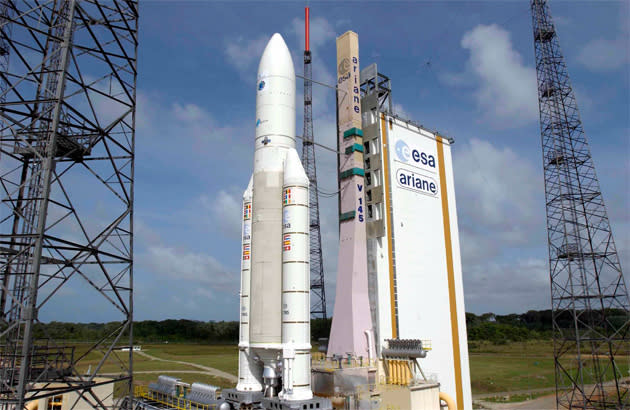 No, not "airline" rockets. Ariane rockets. According to The Wall Street Journal, EU ministers are finally about to approve plans for a more affordable version of the Ariane series -- the same family that launched Rosetta back in 2004. What counts as affordable when developing a rocket, is reportedly between five and six billion dollars. The European Space Agency makes no secret that its goal is to compete with commercial entities like SpaceX, which already has a program to deliver supplies (and humans) to the ISS. No surprise, given that SpaceX's very own Elon Musk already went on record saying that the current Ariane 5 rocket stands "no chance" against his competition. SpaceX doesn't need to worry just yet though, as the roadmap for Ariane 6 wouldn't see a launch until the end of the decade.

In this article: ariane, ESA, european space agency, iss, rocket, space, timeline16rocketman
All products recommended by Engadget are selected by our editorial team, independent of our parent company. Some of our stories include affiliate links. If you buy something through one of these links, we may earn an affiliate commission.