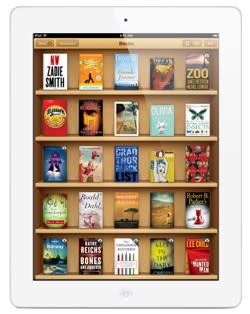 Going head to head with the DOJ over antitrust allegations has been nothing short of a headache for Apple. If you recall, Apple was taken to task for allegedly conspiring with publishers to artificially inflate the price of e-books across the board. Though Apple could have settled the issue out of court, Tim Cook said that Apple wanted its day in court because it had done nothing wrong. For Apple, Tim Cook said a few months back, it was a matter of principle.

As it turns out, a principled stance doesn't come cheap, or easy for that matter. Apple ended up losing its case, and in the process, was slapped with a number of punishments, including an external anti-trust monitor they desperately tried to get rid of but must keep on the payroll for two years. Further, if Apple's upcoming appeal falls through, they'll have to fork over $450 million to affected class members.

Speaking on the matter to Fortune, Apple executive and key negotiator Eddy Cue reiterated why Apple chose not to settle, instead opting for what turned out to be a thorny legal battle. Echoing previous statements made by Tim Cook, Cue explained that for Apple's it's a simple matter of right and wrong.

As for the irrefutable fact that the price of some e-books increased following Apple's deal with publishers, Cue notes that it wasn't the result of some secretive conspiratorial agreement, but rather something that the publishers were open about wanting.

Is it a fact that certain book prices went up? Yes. If you want to convict us on that, then we're guilty. I knew some prices were going to go up, but hell, the whole world knew it, because that's what the publishers were saying: 'We want to get retailers to raise prices, and if we're not able to, we're not going to make the books available digitally.' At the same time, other prices went down too, because now there was competition in the market.

Again, Apple ultimately lost the legal battle when Judge Denise Cote ruled that Apple colluded with publishing houses to increase the price of e-books. Apple's appeal is slated to begin on December 15. If Cote's ruling is overturned, Apple will be in the clear. If the ruling is upheld, Apple will be on the hook for the full $450 million.

In this article: apple legal, e-book, eddy cue, legal
All products recommended by Engadget are selected by our editorial team, independent of our parent company. Some of our stories include affiliate links. If you buy something through one of these links, we may earn an affiliate commission.