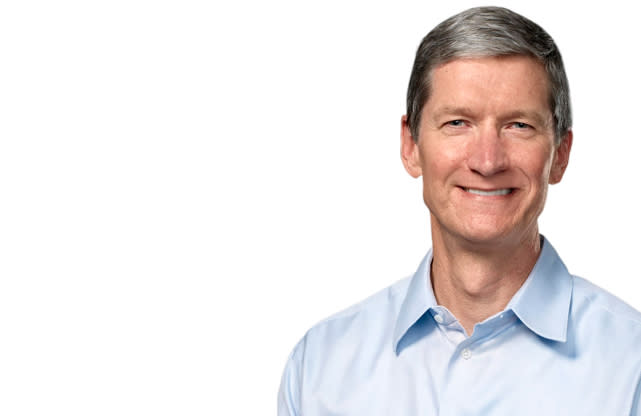 Alabama state Representative Patricia Todd, the state's first openly gay lawmaker, is pushing for a new anti-discrimination bill and will be getting some help from Apple's own Tim Cook. Reuters reports that after some initial back-and-forth on whether it would be to the bill's (and Apple's) benefit to have Cook's name attached, Todd was contacted by Apple's general counsel who relayed an enthusiastic message from Cook himself in favor of the bill bearing his name.

There had previously been a good deal of confusion as to whether the naming of the bill would actually go through, as Todd says she was contact by an Apple official who was concerned that linking Cook to the bill may not be a good idea. Apparently once Cook heard that he was being spoken for, he decided to take matters into his own hands and declare that naming the bill after him was perfectly fine from his point of view.

Cook publicly came out as gay in an October article published in BusinessWeek, less than a week after receiving an award from the Alabama Academy of Honor. In his acceptance speech he openly criticized Alabama's antiquated stance on gay rights, and encouraged lawmakers to do more. Todd's bill, which is expected to be officially introduced in March, is precisely the type of action Cook had called for, so the naming would seem to be a perfect fit.

In this article: alabama, apple, gay rights, government, law, tim cook
All products recommended by Engadget are selected by our editorial team, independent of our parent company. Some of our stories include affiliate links. If you buy something through one of these links, we may earn an affiliate commission.