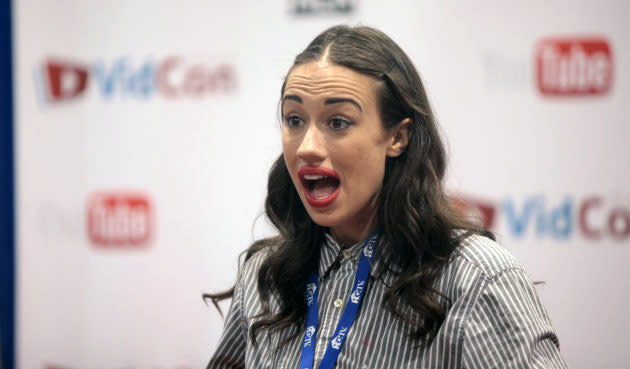 Google is throwing money at its YouTube stars to keep them away from a site that hasn't even launched yet, according to the WSJ. Vessel, created by Hulu exec Jason Kilar, has offered some YouTube artists exclusive and lucrative deals to attract attention to its launch later this year. Other sites like Facebook and Crackle have also reportedly been poaching YouTube stars. The "broadcast yourself" site leans on talent like style coach Michelle Phan and comedian Colleen Ballinger (as Miranda Sings, above) to keep loyal channels fans engaged. But Phan, who had an early look at Vessel, called it "stunning," and others have said that they were offered serious money for exclusive deals. Artists that stay loyal are making out better, though -- on top of bonuses, YouTube has been offering rich funding deals to help select stars create new channels.

In this article: Channels, google, hdpostcross, Originals, programming, Vessel, YouTube, YouTubeOriginal
All products recommended by Engadget are selected by our editorial team, independent of our parent company. Some of our stories include affiliate links. If you buy something through one of these links, we may earn an affiliate commission.