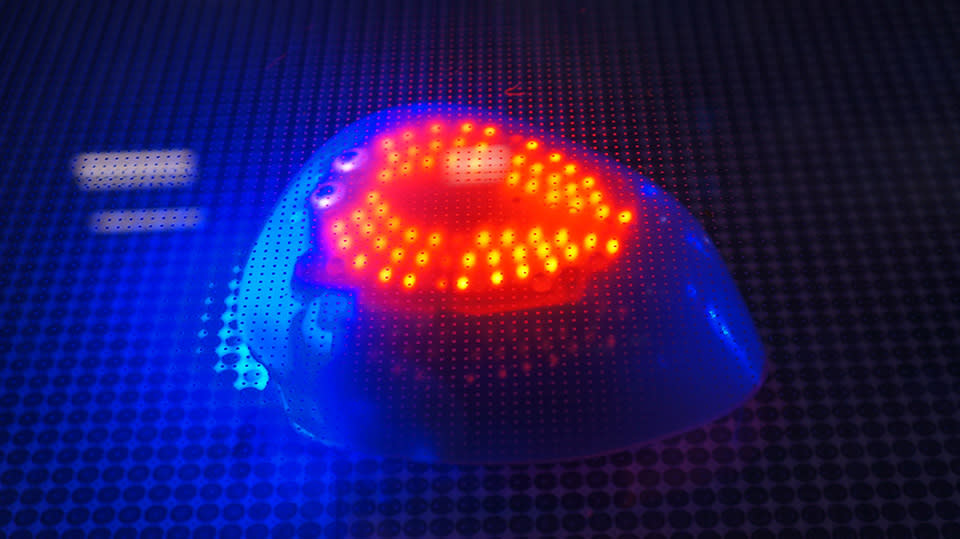 Back in July -- when temperatures were more forgiving -- I saw a preview of the Robot Swarm that would be landing at the New York City Museum of Mathematics (MoMath) this winter. Both the calendar and chilly weather confirm that its time has come. During today's official unveiling I got up close and personal with two dozen of the horseshoe-crab-like creatures that inhabit it and starting this Sunday, the museum opens it to the public. You'll need to step into the 11-foot by 12-foot ring to mingle with these robots, while donning one of three unique, infrared-trackable packs to help the swarm monitor your movement and react according to one of several algorithms. The "trilobots" aren't just tracking the humans above them, they're also in communication with each other to calculate their respective distances and the most efficient routes to accomplish their goals. Join us in the gallery below for a tour of MoMath's new interactive exhibit, along with some information about how it all works.

Gallery: Step into the ring with MoMath's Robot Swarm | 21 Photos

21
In this article: distributed computing, momath, museum of mathematics, robot swarm, robots, threebyte intermedia
All products recommended by Engadget are selected by our editorial team, independent of our parent company. Some of our stories include affiliate links. If you buy something through one of these links, we may earn an affiliate commission.