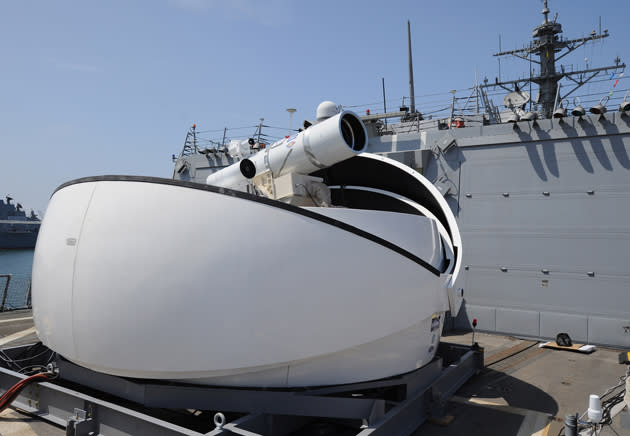 We've all seen how good the Navy's experimental laser is at shooting down drones, but it turns out that the hardware's got more than one party trick. A report by the Wall Street Journal has revealed that military types are also praising the surveillance capabilities of the gear, describing it as a "Hubble telescope on the water." The device is also earning praise from the Navy's accountants, since while each surface-to-air missile costs around $400,000, each shot from the laser is a paltry 59 cents. As a result of these trials, the Navy will now deploy the USS Ponce in the Middle East for the next year with orders to test the weapon's self-defense capabilities.

In this article: Laser, LaWS, US Navy, USS Ponce, video, Warfare
All products recommended by Engadget are selected by our editorial team, independent of our parent company. Some of our stories include affiliate links. If you buy something through one of these links, we may earn an affiliate commission.