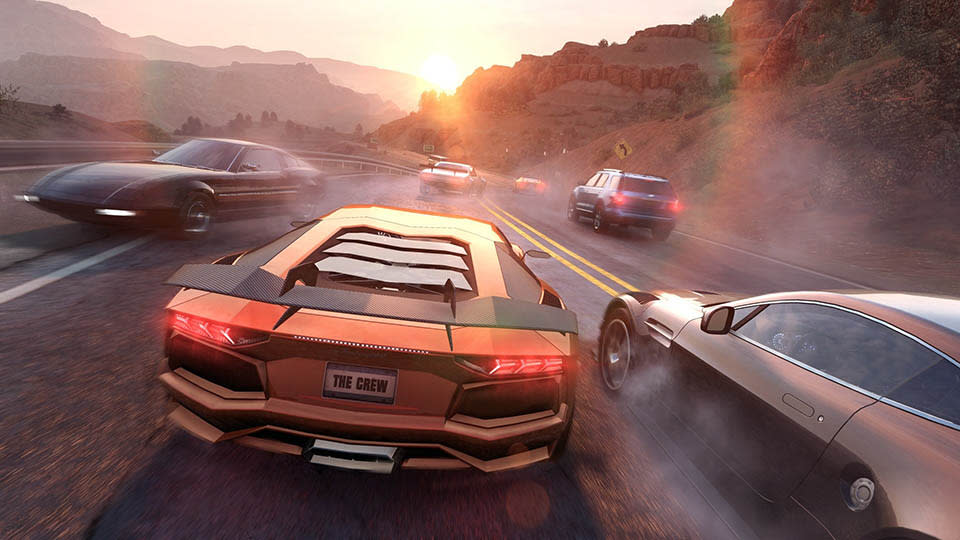 In the course of the last console generation, Ubisoft has gone from "the French publisher behind the Tom Clancy games" to the world's leading creator of lucrative open-world sandbox franchises (by quantity, if not quality). This success hinges on a simple formula shared by all of Ubisoft's open-world games: Large, interesting worlds plus tons of things to see and do equals happy customers. Based on massive sales and a decade of largely positive critical response, this seems like a solid and, more crucially, reproducible formula.

With The Crew, Ubisoft and developer Ivory Tower hope to apply those principles to the world of arcade-style racing games while also tacking on an omnipresent multiplayer component that supposedly makes the game's world -– an abridged take on the entire contiguous United States -– feel more alive, while also making it simple and fun to race around the country with your friends online. It's an idea that's undeniably ambitious and, if executed properly, could propel The Crew to the front of the racing game pack. Unfortunately, this racer is more Yugo than Porsche.

In this article: hdpostcross, joystiqreview, microsoft, pc, playstation4, ps4, review, sony, thecrew, ubisoft, xboxone
All products recommended by Engadget are selected by our editorial team, independent of our parent company. Some of our stories include affiliate links. If you buy something through one of these links, we may earn an affiliate commission.