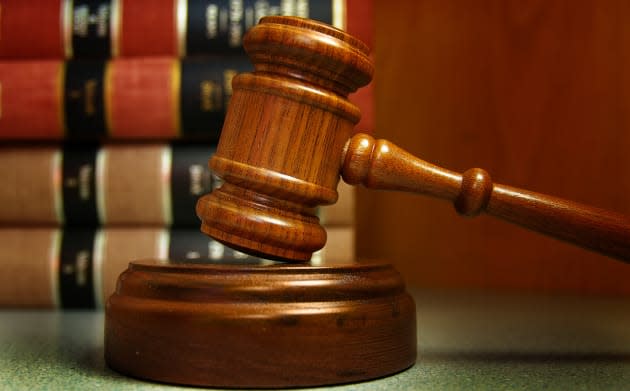 We all know that it's against the law to sell copyrighted material, but is it also illegal to tell people about software that can strip DRM off e-books without the intention to distribute? New York Judge Denise Cote has recently ruled that it's not. The lawsuit in question, which was never cut and dry to begin with, was filed by Penguin and Simon & Schuster against Abbey House Media, a company that used to sell e-books for them. Abbey House was bound by law to protect those files with DRM, but when it was a month away from shutting down its digital bookstore in 2013, someone in the company felt compelled to help customers gain control of the e-books they already bought.

See, without the store, buyers won't be able to download their books to other devices anymore. Plus, the DRM protection means they can't transfer their files to new laptops, tablets or e-readers in the future. So, Abbey House told them about Calibre:

Getting access to your downloaded books if you change reading devices: for those of you who downloaded your books to your PCs or Macs, you can strip DRM from your books after which you will be able to readily port them from device to device through drag and drop or other means, without the need for further downloads. There is a great deal of information online about stripping DRM. (Please be sure to make backup copies of your eBook files in a separate directory before stripping in the event anything goes wrong in your first attempts.) Many of our customers are using Calibre or other tools to strip DRM from their downloaded eBooks in order to have them available indefinitely should they change reading devices. Many argue that this is a legitimate use as long as this is being done for personal use of eBooks purchased, not for piracy. We are told this is in the spirit of the eBook license and that it is common practice.

Penguin and Simon & Schuster claimed that by doing so, Abbey House was contributing to copyright infringement and inducing people to break the law. Luckily, Judge Cote saw that the company never encouraged people to share their purchases, and both publishers couldn't provide evidence when asked for proof that Abbey House's actions led to actual copyright infringement. Don't let this dictate your future actions, though: this case could have easily taken a different route if one of the customers turned rogue and distributed the e-books they bought. At least wait until the inevitable appeal to see if the ruling sticks.

This particular case, by the way, was an offshoot of Abbey House's anti-trust lawsuit against Apple filed in 2014. The company was one of the three e-book distributors that sued the tech giant, claiming to have been affected by Cupertino's alleged e-book price-fixing conspiracy. Penguin and Simon & Schuster (both named as Apple co-conspirators) fired back with their own complaint then, accusing Abbey House of breaching its contract by telling people about Calibre.

In this article: abbeyhouse, drm, eBook, law, lawsuit
All products recommended by Engadget are selected by our editorial team, independent of our parent company. Some of our stories include affiliate links. If you buy something through one of these links, we may earn an affiliate commission.