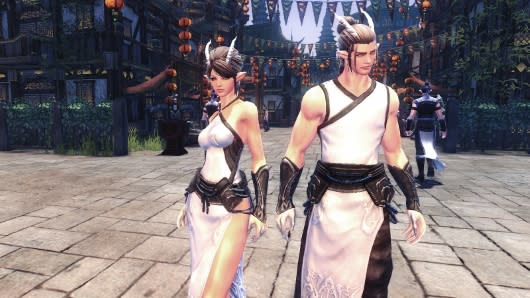 Next week's Eternal Strife update for Archlord 2 will offer a fresh start for many players, as the semi-launched title will open a new European server and toss in a couple of additional races.

So which races will be immigrating to the fantasy MMO? First up are the Moonelves, who will team upwith the Crunn and bring their exclusive magical orbs to bear (insert skimpy armor joke here). Over on the Azuni side, the Dragonscion and their deadly pistols will join the struggle. Each race will also get its own new starting region as well.

Eternal Strife is scheduled for Tuesday, December 16th. We've the update trailer for you to watch after the break!

In this article: archlord, archlord-2, Dragonscion, eternal-strife, f2p, fantasy, free-to-play, moonelves, patch, patches, pvp, race, races, trailer, trailers, update, updates, video, videos, webzen
All products recommended by Engadget are selected by our editorial team, independent of our parent company. Some of our stories include affiliate links. If you buy something through one of these links, we may earn an affiliate commission.