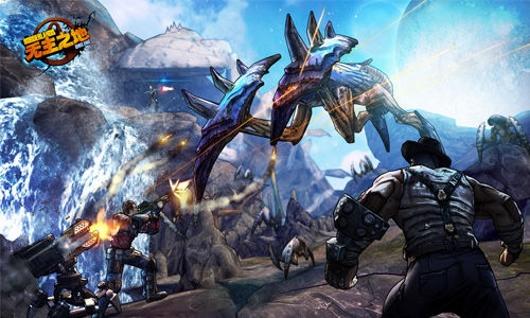 So, Borderlands Online. You know, that popular game-turned-MMO conversion that we'll probably never get to see in the West? At least we have a few new details that will taunt us forever with our lack of this sci-fi western title.

The title looks to be a more instance-heavy MMO, akin to Dragon Nest or the original Guild Wars, with co-op adventure zones but no mass shared open world zone. Instanced MMO gaming isn't everyone's cup of tea, of course, but it doesn't automatically mean it will be horrible, just different. Other details that Chinese game site Sina discovered is that there will be over 20 million guns, plenty of hidden secrets, and some form of PvP.
In this article: 2k-games, borderlands, borderlands-online, china, chinese-games, chinese-titles, fps, gearbox, mmofps, new-titles, news, news-items, pvp, shanda-games, what-is-this-i-cant-even
All products recommended by Engadget are selected by our editorial team, independent of our parent company. Some of our stories include affiliate links. If you buy something through one of these links, we may earn an affiliate commission.