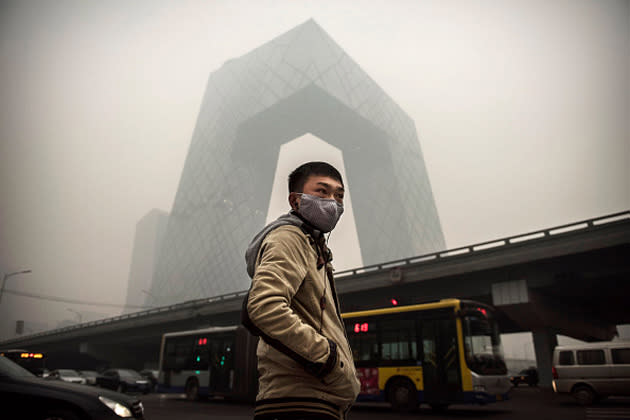 Deals to reduce greenhouse gases (such as 1997's Kyoto Protocol) have been in place for years. However, they've typically limited the reductions to richer nations -- poorer countries have objected to previous attempts to broaden the scope due to requirements they see as burdensome. At last, though, a truly global deal is underway. A total of 194 United Nations member states have agreed to submit plans for emissions cuts, with those who are ready delivering their plans no later than March. The terms have countries setting emissions targets beyond their "current undertaking," and wealthier countries will support less fortunate counterparts that are "vulnerable" to financial losses stemming from climate change. Should everything go according to plan, the UN will have a full-fledged pact within a year.

There are concerns that this attempt to accommodate everyone has watered things down. Countries no longer have to include hard data showing how they'll meet emissions targets, and there won't be a review to see how each country stacks up. As such, it's not certain that the deal will be enough. Even the UN Climate Change Secretariat doesn't believe that the final arrangement will reach a goal that limits global warming to 3.6F (2C) above pre-industrial levels. All the same, this is an important step -- many countries will soon have obligations to keep their emissions in check, which could lead to a wider use of clean energy and incentives for switching to eco-friendly transportation.

In this article: agreement, cleanenergy, climate, climatechange, deal, environment, greenhousegases, un, unitednations
All products recommended by Engadget are selected by our editorial team, independent of our parent company. Some of our stories include affiliate links. If you buy something through one of these links, we may earn an affiliate commission.