The latest game to join the violently dysfunctional Danganronpa family is Unlimited Battle, a co-op action affair coming to iOS next month in Japan. As Gematsu reports, it's a free-to-play game starring the protagonists of visual novel Danganronpa: Trigger Happy Havoc, and in it players slingshot the chibi cast across the screen to attack enemies. Unlike other Danganronpas, Unlimited Battle supports four-player co-op as well as single-player.

If you're aware of Trigger Happy Havoc's story of entrapment and murder mystery, you may share our confusion as to how Unlimited Battle fits within the series' narrative. Then again, maybe that's misplaced worry. After all, we are talking about games starring a sociopathic robotic bear who masquerades as the principal of a high school...


NB: The above trailer contains some spoilers for Dangranronpa: Trigger Happy Havoc.

In any case, there's no word on a Western release for Danganronpa: Unlimited Battle, or for that matter on Danganronpa Another Episode. The Vita game already out in Japan is set between the events of the first and second Danganronpas. Unlike the pseudo-Ace Attorney gameplay of those entries, however, Another Episode pits players against an army of robot bears in a third-person adventure shooter.

While we're still waiting for Another Episode, Danganronpa 2: Goodbye Despair is out now in the West. In our review, Joystiq's Susan Arendt concluded the follow-up to Trigger Happy Havoc is "weird, aggravating and gruesome, but it's also undeniably charming."
[Images: Spike Chunsoft]
In this article: danganronpa-another-episode, danganronpa-trigger-happy-havoc, danganronpa-unlimited-battle, free-to-play, ios, ipad, iphone, japan, mobile, release-date, spike-chunsoft
All products recommended by Engadget are selected by our editorial team, independent of our parent company. Some of our stories include affiliate links. If you buy something through one of these links, we may earn an affiliate commission. 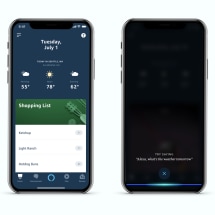