FBI, Europol take down a VPN service aimed at criminals 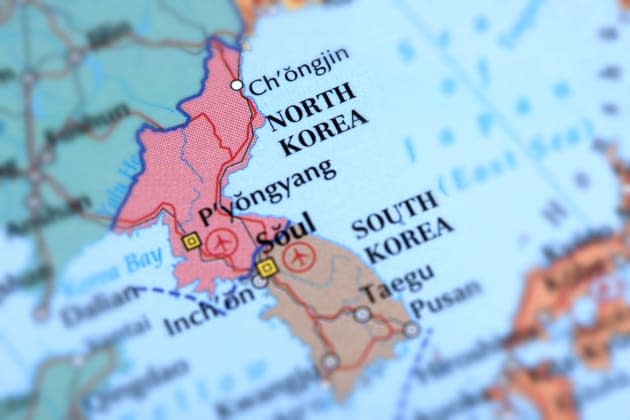 The Democratic People's Republic of Korea (that's "North Korea" to the common man) has just four networks that connect to the World Wide Web -- and none of them are working today. "The situation now is they are totally offline," Doug Madory, director of internet analysis at Dyn Research told Bloomberg. After a weekend of spotty connections, the country's pipeline to the outside world reportedly went down this morning. "This isn't normal for them," Madory said. "Usually they are up solid. It is kind of out of the ordinary. This is not like anything I've seen before."

Update: According to a tweet by Dyn Research, North Korea's internet service has been restored after a nine-hour, 31-minute outage.

The network researcher didn't go out of his way to suggest that North Korea's internet service is under direct attack, but the idea has some merit. Just last week, the FBI officially stated it believed North Korea to be behind the recent hack at Sony Pictures, and US President Barack Obama promised to "respond proportionally, and in a place, time and manner that we choose." Considering the events of the past week, it's an easy suspicion to cling to, but it's also very unconfirmed: White House National Security spokeswoman Bernadette Meehan stated that the White House has no new comments on North Korea today. "If in fact North Korea's internet has gone down," she wrote to Bloomberg, "We'd refer you to that government for comment."

US involvement isn't the only possibility either -- North Korean's own infrastructure could simply be buckling due to poor maintenance or, more likely, China (the country through which North Korea pipes all of its internet connections) could be disrupting service directly. As always, it's difficult to pinpoint the source of a proposed attack without direct evidence. Though if such evidence does come forward, it could mean more drama: North Korea has warned that the US will face "serious consequences" if it moves to attack North Korea in retaliation for the Sony attacks, which, of course, the People's Republic vehemently denies involvement with.

In this article: fbi, hack, korea, northkorea, sony
All products recommended by Engadget are selected by our editorial team, independent of our parent company. Some of our stories include affiliate links. If you buy something through one of these links, we may earn an affiliate commission.