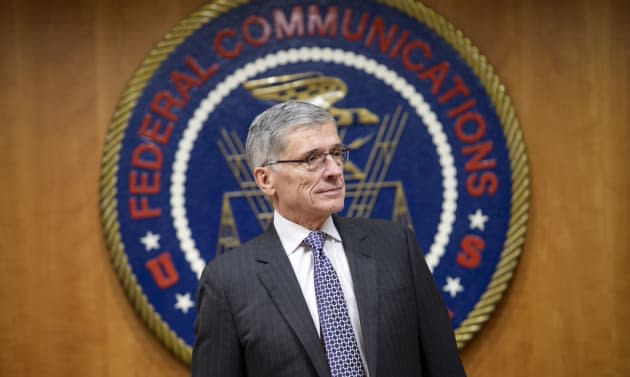 It's far from a done deal, but the FCC has taken a step towards putting internet TV service on a par with cable and satellite. On Friday it announced the adoption of a proposal (previously floated by chairman Tom Wheeler) that would give TV providers that stream their channels over the internet, the same access to content that satellite and cable TV services have. So far, internet providers aren't classified as a "multichannel video programminng distributor", but if they were that could have forced programmers to negotiate with the likes of Aereo, instead of merely suing them. Even as cord-cutters celebrate, there are some restrictions even with the new proposal -- this plan wouldn't affect Netflix, Amazon or Hulu -- but it could make things easier for PlayStation Vue or Dish Network's planned internet TV feed.

Specifically, the NPRM proposes to interpret the term MVPD to encompass distributors of multiple linear video programming streams, including Internet-based services, and asks for comment on:

The distinction comes because the FCC is still looking for "distributors of multiple linear video programming streams" -- not those that are primarily video on-demand. It might take away the requirement that services be tied to or own their own transmission path, although an alternative interpretation could change that. Now the FCC is accepting comments on the proposal, and we're sure the incumbents of the cable industry will chime in to protect their advantage. Consumer advocacy group Public Knowledge applauded the move, as senior staff attorney John Bergman said that "By clarifying that MVPDs can operate online, it is creating opportunities for new and existing competitors to offer new kinds of video subscription services to viewers. This should both increase the diversity of content available to viewers online while bringing down prices for all cable and satellite providers."

Whatever happens, it won't come soon enough for Aereo, but as commissioner Ajit Pai pointed out in his comments, there's a possibility the Copyright Office will also need to get in line for the rules to have an effect. Whatever happens, the new rules are opening up for a comment period while the FCC is also considering net neutrality, and major mergers for both Comcast / Time Warner Cable and AT&T / DirecTV, which should make for an exciting (really!) 2015 of flipping through PDFs and watching C-SPAN.

In this article: cable, fcc, hdpostcross, iptv, mvpd, nprm, playstationvue
All products recommended by Engadget are selected by our editorial team, independent of our parent company. Some of our stories include affiliate links. If you buy something through one of these links, we may earn an affiliate commission.