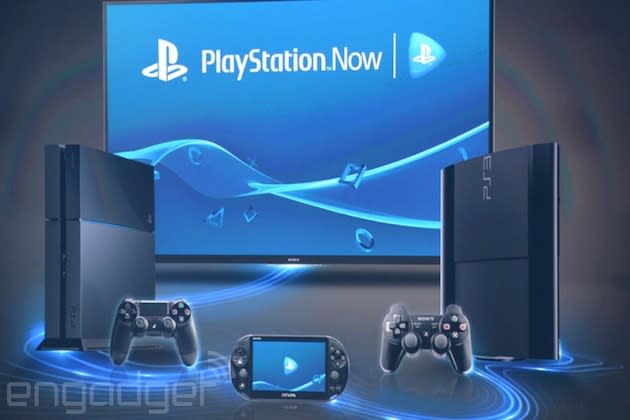 Sony isn't afraid to partner with competitors if it means getting PlayStation Now in more homes, apparently. The outfit just announced that it's teaming with Samsung to bake the PlayStation game-streaming service into some of the rival electronics giant's smart TVs starting next year. Sony says some 200 PlayStation 3 games will be available to stream, and that the service runs at full functionality, specifically mentioning things like trophies, online multiplayer and cloud-saves for game-progress. Sound familiar? It should because that's how the service works on Bravia TVs and PlayStation game consoles. What's more, all you'll need is one of Sony's DualShock 4 gamepads to control the action.

This is a big get for Sony for a few reasons: Samsung's displays are the first non-Sony device where Now will be available is the most prominent, though -- especially since the South Korean company practically owns the current TV landscape. Samsung doesn't have its own game console either, and typically has relied on casual titles like Angry Birds and Monopoly to bolster any built-in gaming. In a way, it's almost like a second coming for Gaikai on the platform. Even after the company's acquisition by Sony, its game-streaming had a home on Samsung smart TVs. Naturally, if you're at the annual Consumer Electronics Show next month, it'll be on display there ready for a demo.

In this article: gaikai, GameStreaming, gaming, hd, hdpostcross, PlayStation, PlaystationNow, psnow, samsung, sony, streaming
All products recommended by Engadget are selected by our editorial team, independent of our parent company. Some of our stories include affiliate links. If you buy something through one of these links, we may earn an affiliate commission.