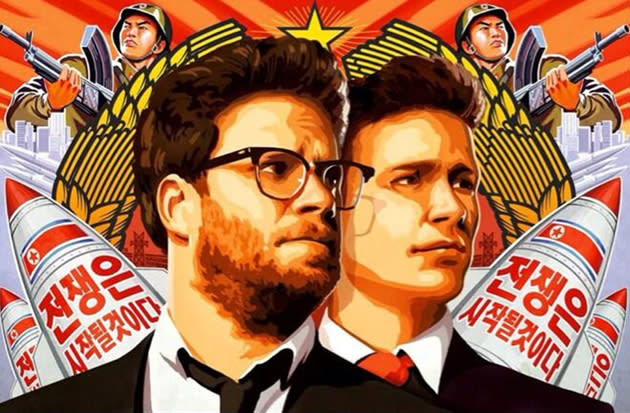 iTunes was conspicuously absent from the list of internet services defying hacker threats by offering The Interview, but Apple is remedying that situation today. As of 1PM Eastern, Americans and Canadians can buy or rent the movie from iTunes; you won't have to bend over backwards (or at least, download an app) to watch the hyped-up comedy on your Apple TV or iPad. Netflix still isn't an option, but it won't be surprising if Sony wants to wring out as much profit as it can from purchases and rentals before going the subscription route.

In this article: apple, hdpostcross, internet, itunes, movie, movies, northkorea, theinterview
All products recommended by Engadget are selected by our editorial team, independent of our parent company. Some of our stories include affiliate links. If you buy something through one of these links, we may earn an affiliate commission.