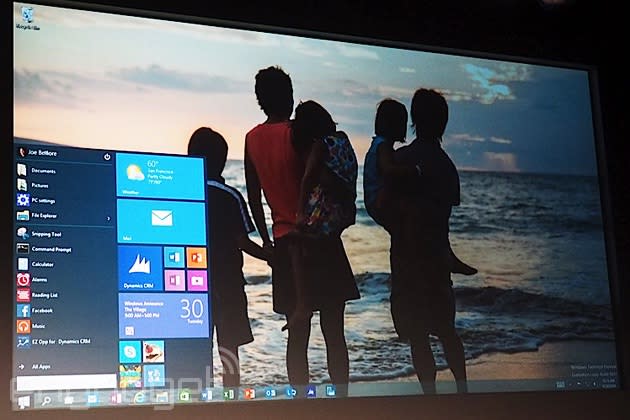 Internet Explorer has been a cornerstone of Windows ever since 1995, but it looks like Microsoft is ready to leave its venerable (if sometimes infamous) web browser by the wayside. ZDNet understands that a previously rumored overhaul to Internet Explorer for Windows 10, nicknamed Spartan, is actually a brand new creation. It would still use the company's own web engines, but it would be far more "light-weight" and, if you believe earlier leaks, behave more like Chrome or Firefox. The break is reportedly sharp enough that the future Windows version will keep Internet Explorer 11 around in case you need it for certain apps or features.

Microsoft hasn't confirmed anything, and there aren't any guarantees that it'll reveal Spartan when we attend its Windows 10 event on January 21st. However, the folks in Redmond have plenty of incentives to ditch their legacy work. There will be versions of Spartan for both desktop and mobile users, so efficiency is important. Also, Microsoft has considered dropping the IE name solely to escape the browser's old reputation as an insecure, non-standard mess -- new software might help people shake those awful memories. If nothing else, a fresh browser would acknowledge that Google and Mozilla have accomplished a lot through their rapid-fire upgrade cycles.

In this article: browser, ie, ie12, internet, internetexplorer, internetexplorer12, microsoft, operatingsystem, software, spartan, web, windows, windows10
All products recommended by Engadget are selected by our editorial team, independent of our parent company. Some of our stories include affiliate links. If you buy something through one of these links, we may earn an affiliate commission.