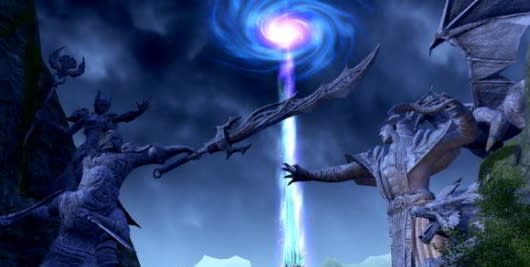 On this final day of 2014, the year apparently cannot resist dragging one last body into the abyss. Legend of Silkroad's operation is ceasing as of today, following an announcement made back on December 24th. The forums and website will also be closed, so if you made friends on the boards, they've already given you alternative contact information.

The shutdown announcement cites difficulties on the developer's end, thought whether it means that the studio behind the game shut down altogether or there's simply a lack of communication is unclear. Our condolences to fans of the game affected by the shutdown; hopefully you made some good memories in the game. At least it'll be difficult for any other games to shut down in 2014.
In this article: closing, closure, culture, jc-planet, legend-of-silkroad, los, news, news-items, shutdown, shutdown-2014, sunset
All products recommended by Engadget are selected by our editorial team, independent of our parent company. Some of our stories include affiliate links. If you buy something through one of these links, we may earn an affiliate commission.