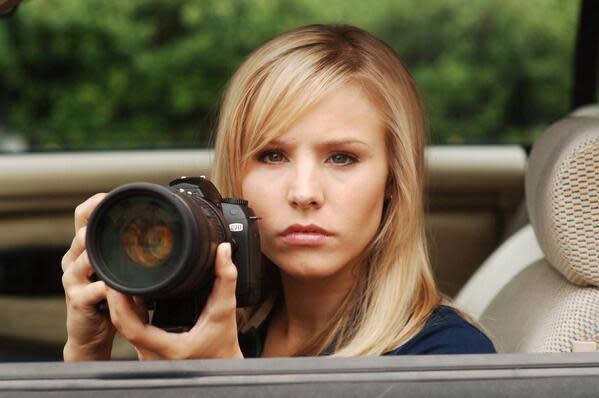 Remember the crazy year that was 2013? Among the many things we recall, expansion of the crowdfunding phenomenon is definitely one and the Kickstarter that revived Veronica Mars was a special highlight. After nine years away Veronica Mars is finally back in her hometown of Neptune, CA and of course, has a murder mystery to investigate. Series creator Rob Thomas pushed the crowdfunding (it only took a few hours to hit the goal of $2 million) and served as writer/director along with co-writer Diane Ruggiero, with most of the original cast returning as well. Take a peek at the trailer here (along with a few of the other clips that have been released) and get refamiliarized with Kristin Bell and all the rest before the flick hits "select" theaters March 14th. According to the official FAQ, digital downloads are still planned for backers within a few days of the movie's theatrical release, and it should ship on Blu-ray/DVD in May.

In this article: CrowdFunding, hdpostcross, kickstarter, trailer, veronicamars, video
All products recommended by Engadget are selected by our editorial team, independent of our parent company. Some of our stories include affiliate links. If you buy something through one of these links, we may earn an affiliate commission.