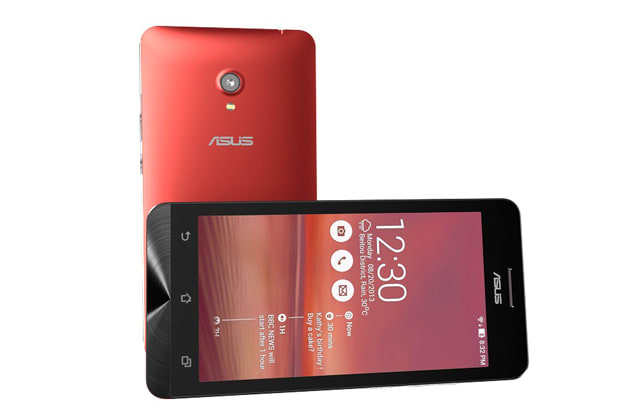 It's been a while since we've seen an ASUS smartphone that wasn't meant to be used with (or as) a tablet, but the company is making up for that absence by launching the Zenfone line. The Zenfone 4, 5 and 6 all sport dual-core Intel Atom processors and a range of exotic color options. They also tout a new interface layer on top of Android 4.3, ZenUI, that promises both simplicity and a What's Next feature for tracking your daily schedule. Differences between models largely boil down to screen size and performance. The Zenfone 4 starts things off with its namesake 4-inch 800 x 480 LCD, a 1.2GHz Atom chip, a 5-megapixel rear camera and a front VGA shooter. Move to the Zenfone 5 and you'll get a larger 720p display with pen and glove support, a 2GHz Atom, an 8MP back camera and 2MP at the front. The Zenfone 6 builds on this with an even bigger (though still 720p) screen and a 13MP rear camera. ASUS hasn't said when the Zenfone series hits shops, although the absence of LTE suggests that the handsets won't reach 4G-obsessed US carriers in an official capacity. They'll definitely be cheap to buy off-contract, however -- the Zenfone 4 starts things off at $99, while its 5- and 6-inch counterparts will cost $149 and $199. 6
Source: ASUS
In this article: android, asus, atom, ces2014, intel, mobilepostcross, smartphone, zenfone, zenfone4, zenfone5, zenfone6, zenui
All products recommended by Engadget are selected by our editorial team, independent of our parent company. Some of our stories include affiliate links. If you buy something through one of these links, we may earn an affiliate commission.