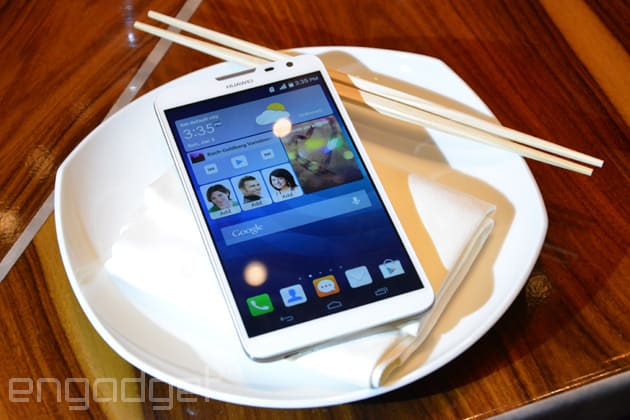 Given the recent leak, Huawei's announcement of the Ascend Mate 2 4G should be no surprise to anyone. The device is essentially an LTE Cat 4 (read: 150Mbps!) refresh of its predecessor, packing a similar 6.1-inch 720p IPS panel that seems to be of better display quality, and Gorilla Glass is here to stay. Of course, such screen resolution also means the fixed 4,050mAh battery should keep the Mate 2 going for a lot longer than its 1080p competitors. Furthermore, you can also use the Mate 2 to charge up other devices! Huawei's rather confident of its own power-management technology, promising 60 hours of "normal use" and 12 hours of web surfing. At the launch event today, Huawei's Richard Yu confirmed that the Mate 2 4G will have two options for its quad-core 1.6GHz SoC: one is Qualcomm's MSM8928, and the other is Huawei's own HiSilicon Cortex-A9 chip.

The Mate 2 also features 2GB of RAM, 16GB of internal storage, microSD expansion of up to 32GB, plus a pair of cameras -- 5 megapixels f/2.4 on the front and 13 megapixels, f/2.0 on the back. This is all tucked inside a familiar 202g, 9.5mm-thick body, which feels rather nice given the solid frame and slightly slimmer screen bezel, though we're not too fond of the glossiness on the white Mate 2's removable back cover (for access to the SIM slot and microSD slot). On the software side, there's Huawei's Emotion UI 2.0 running on top of Android 4.3, so users will benefit from features optimized for single-hand usage -- especially the telephone keypad that squashes itself to one side, depending on your tilt. You also get handy floating widgets like calculator, calendar, notes and messages to go on top of other apps.

Huawei has yet to provide details on pricing and availability, but you'll hear from us as soon as we find out.

Update: Richard Yu also confirmed that the Mate 2 4G will be coming to the US, with AT&T name-dropped as a compatible carrier. 16
Jamie Rigg contributed to this report.
In this article: android, ascendmate2, ascendmate24g, cat4, ces2014, china, emotionui, emotionui2.0, featured, features, hands-on, HiSilicon, huawei, ltecat4, mate2, mate24g, mobilepostcross, MSM8928, phone, video
All products recommended by Engadget are selected by our editorial team, independent of our parent company. Some of our stories include affiliate links. If you buy something through one of these links, we may earn an affiliate commission. 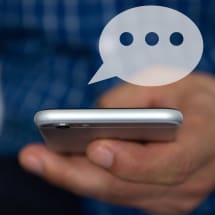