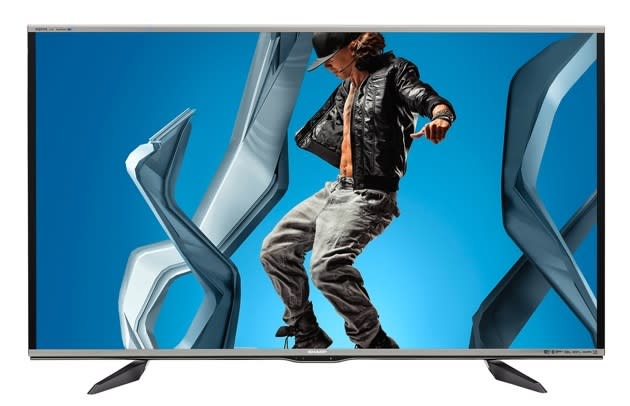 We knew an army of TVs would be making an appearance at CES 2014. Accordingly, Sharp has just announced what we can expect out of the Aquos portfolio this year, with new hardware being introduced as part of its HD, Quattron and 4K Series -- there's also the debut of Quattron+, but we'll talk more about that a little later. As expected, Sharp is placing emphasis on big LED screens: Each model begins at 60 inches, ranging all the way up to 90 inches in the case of the HD Series. Speaking of which, the entry-level Aquos HD will be priced starting at $1,300, offering 1080p at 120Hz, 2D/3D options and Smart TV features. Meanwhile, the Quattron Series, which starts at $1,700, also does 1080p, but at 240Hz, plus it's equipped with Quattron technology and Sharp's completely overhauled SmartCentral platform, much like the HD and rest of the lineup.

Those looking to spend a little more will be able to choose from the newly minted Quattron+ or 4K Series, both of which are running the company's revamped Smart TV software, SmartCentral 3. TVs with Quattron+ (seen above) are sort of a step between 1080p and Ultra HD; Sharp describes them as the "highest-resolution full HD" sets available, noting that the technology "divides each pixel, creating two pixels from one, to deliver 16 million subpixels." Prices on these are expected to be from $2,300 to $6,000 -- this gets you things like Active 3D, THX-approved picture quality, Bluetooth and, on the higher-end models, an AquoMotion 960, 240Hz screen. Lastly, the 4K Series, which is likely the most interesting of the bunch and ranges from $5,000 to $6,000, gets you an Ultra HD TV with an AquoMotion 240, 120Hz display, THX 4K, 3D, a duo bass subwoofer and four HDMI 2.0 ports. All in all, Sharp is going to be kicking off the year with a total of 19 different Aquos TVs; the HD, Quattron and Quattron+ are expected to ship in the spring, though there's no word yet on when the 4K Series is due to arrive. 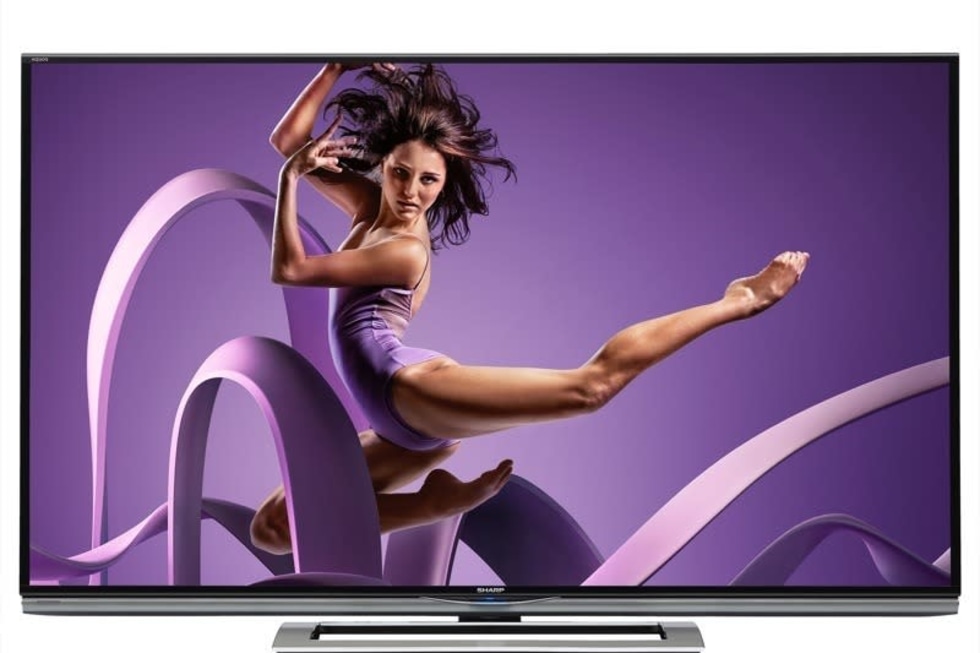 3
In this article: 4K, Aquos, aquos HD, CES 2014, CES2014, hdpostcross, Quattron, Quattron EQ, Quattron+, Quattron+ UQ, Sharp, Sharp 4K Series, Sharp Aquos, Sharp Quattron, Sharp Quattron+ UQ, UHDTV, Ultra HD
All products recommended by Engadget are selected by our editorial team, independent of our parent company. Some of our stories include affiliate links. If you buy something through one of these links, we may earn an affiliate commission.