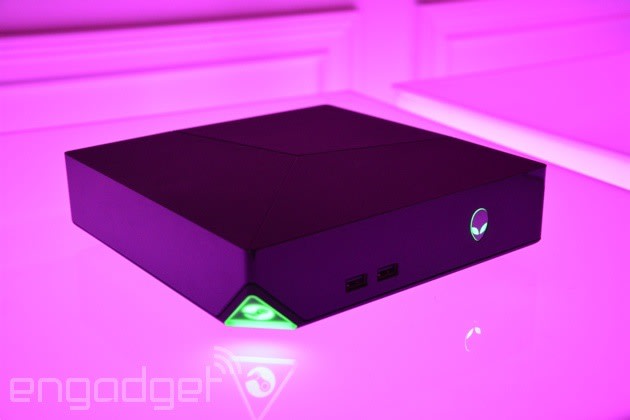 The Alienware-made Steam Machine we showed you at CES 2014 arrives in September, the company announced during Valve's first Steam Dev Days conference in Seattle. Alienware's little black box has some form of Haswell chip inside, and promised us earlier this year that it'd "perform on par with a gaming notebook" -- outside of that, we don't know any specifics on what powers it. The company's apparently hoping to push it across "several market segments," which we take to mean you can configure it to a variety of different spec/price points. We've reached out to Dell for more specific info and will update this piece as we learn more!

Source: Twitter (@DaveOshry)
In this article: alienware, dell, steamdevdays, steamdevdays2014, steammachines, valve
All products recommended by Engadget are selected by our editorial team, independent of our parent company. Some of our stories include affiliate links. If you buy something through one of these links, we may earn an affiliate commission.