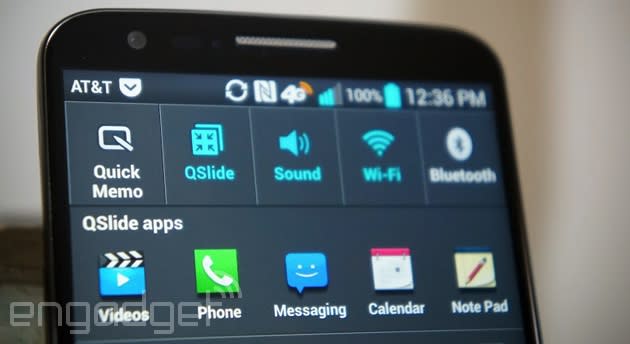 LG's QSlide mini-apps are handy for quickly checking your calendar or playing a video, but they've been limited to just a handful of first-party offerings so far. You may get a healthier selection of bite-sized software in the near future, though, as LG has just published a QSlide developer kit. The framework lets third-party Android apps pull off the same QSlide tricks as official programs, including floating windows and transparency. While it will take some time before any of these augmented apps reach a device near you, coders who want to try the SDK can get started at the source link.

In this article: android, developer, lg, mobilepostcross, qslide, sdk, smartphone
All products recommended by Engadget are selected by our editorial team, independent of our parent company. Some of our stories include affiliate links. If you buy something through one of these links, we may earn an affiliate commission.