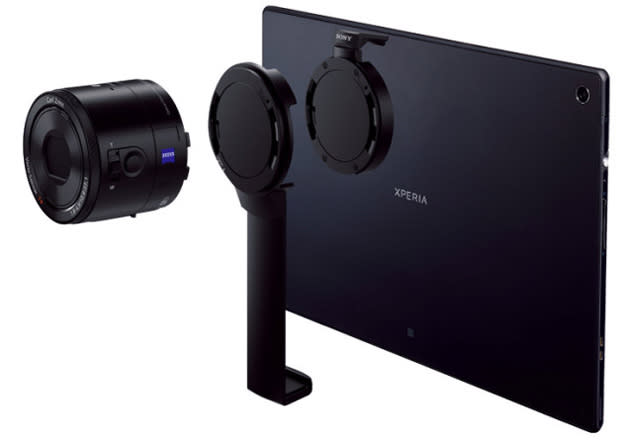 Whether you like it or not, tablet photography is here to stay -- it's only fair that slate owners get a fair chance at taking nice pictures. Sony certainly thinks so, since it has unveiled a new mount, the SPA-TA1, that attaches its QX lens cameras to tablets. The peripheral isn't just for small devices, either; it includes six adjustable arms that accommodate larger hardware, like the Xperia Tablet Z and VAIO Tap 11. Sony ships the camera accessory to Japan this April for a suggested price of ¥3,675 ($36). There's no word of a US release, but we wouldn't rule out an eventual stateside launch.

In this article: accessories, lenscamera, peripherals, qx10, qx100, sony, spa-ta1, tablet
All products recommended by Engadget are selected by our editorial team, independent of our parent company. Some of our stories include affiliate links. If you buy something through one of these links, we may earn an affiliate commission.