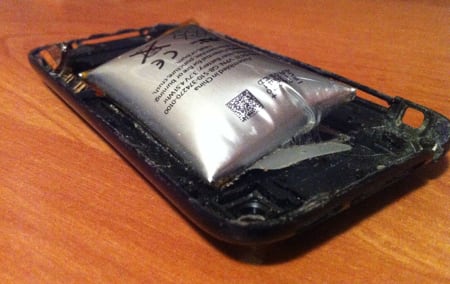 We've heard plenty of stories of exploding smartphone batteries, but this might be the first time we've seen a battery right on the brink of actually blowing up. A writer over at the Czech website Letem Svetem Applem recently noticed his iPhone 3GS splitting at the seams thanks to a battery on the verge of bursting.

As you can see from the photos, the battery has more than doubled in size, looking more like a plump water balloon than a reliable power source. As the owner notes in the post, the iPhone had shown no previous signs of trauma and has served well since 2009. He doesn't reveal what he plans to do with the device, other than hopefully dispose of the faulty battery, but it seems that this particular long-serving 3GS may have sent its last Czech message. He also noted that Apple's European office has reached out to him.

Update: It looks like this isn't the first time this has happened. Upon seeing these photos, Tim Beljavskis contacted me on Twitter to let me know the same thing happened to his own 3GS. Check out his remarkably similar battery balloon below. 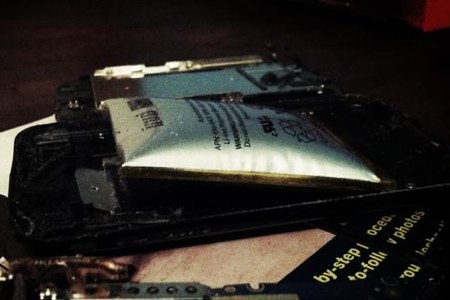 Thanks to Roman for the tip!

In this article: 3gs, battery, iOS, iPhone, iphone 3gs
All products recommended by Engadget are selected by our editorial team, independent of our parent company. Some of our stories include affiliate links. If you buy something through one of these links, we may earn an affiliate commission.