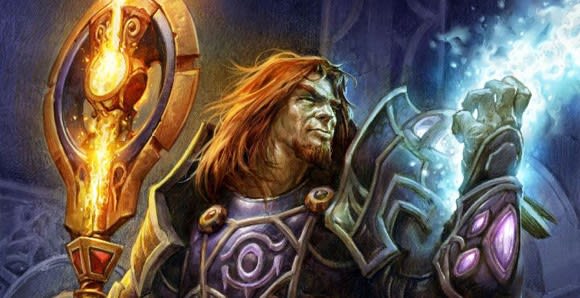 As a guild leader, it's never easy to tell someone that they aren't pulling their weight. What happens when that person is your roommate?

few months back, me and my dad revived our old guild, and it went soo good!
within weeks our ranks were swelling with people, having a good time etc
then we started raiding, all was well untill we started progressing properly.

one of my raiders (Bob for this story) has an itemlvl of ~563 yet doesnt pull his weight
as dps (Mage) he tends to slack if he thinks he can get away with it, threatens to get angry etc
if people keep complaining about his damage.

heres the real issue. this raider is my roommate and longtime friend.

ive tried talking to him, told him to check this site, and reccommended others, yet no increase in damage. he is inexperianced save for SoO ( wich he was mostly boosted through ) other content hes played while overgearing it.
and some other raiders are putting pressure on me to replace him.

I dont know how to resolve this, i dont want my team falling apart, and i dont wanna lose a long time friend over a game

Ouch. These kinds of problems are magnified when you know the person in real life, and compounded a thousandfold when you actually live with the person.

I don't blame your other raiders for being frustrated. When a DPS is consistently below everyone else, it's very noticeable on the meters (even if meters don't tell the whole story). At some point that lack of raw output is going to hurt the team. You can only carry a player so far before the weight brings progress to a halt.

You bear some of the blame for this situation. You've carried him to this point, and so he's gotten used to the idea that he doesn't need to push himself.

I guess I don't understand his motivation to keep playing here. I play DPS (feral druid) as my main spec, and to me half the fun of raiding is challenging myself to do the highest DPS possible on an encounter. Sure, handling mechanics and helping the team come first, but my job is to hurt things. The push for maximum damage per second keeps the game entertaining.

So why doesn't your roommate want to do better? You know him well, so you may have an idea. Dig deeper, and that will determine your approach.

Does he feel overwhelmed or confused by the game, but he doesn't want to admit it? His anger may be a symptom of his frustrations with himself. It doesn't seem like anyone is volunteering to help him. He's getting a lot of criticism but not much support. Maybe he needs help learning his spec or optimizing his UI.

Does he find the game boring? Maybe WoW isn't his cup of tea. In this case you can just ask him if he likes the game. Maybe he just plays it because you play it.

Is he primarily a social player at heart? Not everyone is cut out for progression raiding. It takes a certain mindset. When you don't have that mindset, it's obvious to others in your raid who do. That's part of the problem with mixing progression and social raiders.

It could be that the guild has changed around him too quickly. If you've gone from founding the guild to progression raiding in a matter of weeks or months, his head could be spinning. He seems to be new to raiding. The speed and the complexity of Siege encounters may be too much for him right now.

A supportive talk asking him how he feels about raiding is in order in this case. Maybe you'll reach a conclusion together than he's better off stepping down from the team until he has more experience. Help him get there by running heroic scenarios, flex raids, or LFR with him.

Or is he just lazy, as you say? Does he simply enjoy being carried through content? That isn't going to work in a guild setting and in this case you need to let him know that sooner rather than later. In this case, it's not a choice you're making but one that he's making. He could step up his game and the team would be happy to have him. But as long as people see him as dead weight, it will continue to be a source of drama that the guild can't afford.

You should offer to help him in any case, if he'll let you, but you have to let him know that things can't continue as they are. After you have this tough talk, do something nice for him outside the game. Buy him a pizza or a beer. Show him you still value him as a friend. If you've been good friends for this long, he will get over it.

Good leadership sometimes means making hard choices that are best for the guild, even when they might mean personal hardship for you. It's not worth losing a good friend over a raid team, mind you, but if he's going to flip out and "unfriend" you over something like this, then maybe in the long run you'd be better off moving out...

Officers' Quarters keeps your guild leadership on track to cope with sticky situations such as members turned poachers or the return of an ex-guild leader and looking forward to what guilds need in Mists of Pandaria. Send your own guild-related questions and suggestions to scott@wowinsider.com.
In this article: building-guilds, dps, drama, featured, guide, guide-to-officers, guild-advice, guild-leadership, guild-management, guild-officers, guilds-guide, leadership, leadership-advice, officers-quarters, raid-leading, raiding, slacker, wow-guide, wow-guild-management, wow-guilds, wow-leadership
All products recommended by Engadget are selected by our editorial team, independent of our parent company. Some of our stories include affiliate links. If you buy something through one of these links, we may earn an affiliate commission.