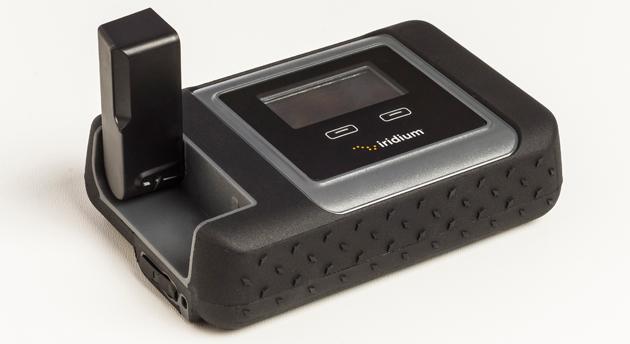 Globalstar's Sat-Fi won't be the only game in town for satellite hotspots. Iridium has unveiled the Iridium Go, a hotspot that lets up to five WiFi-equipped devices hop on the internet, send texts and make phone calls from just about anywhere on the planet. It's built for outdoor adventurers with both a rugged design and an SOS mode that gets in touch with emergency services. However, software may be the Go's real ace in the hole; while it will ship with official Android and iOS apps, there's already a developer kit that lets third-party software take advantage of the satellite link on any platform. Iridium plans to ship the hotspot in the first half of the year. The firm isn't discussing exact pricing at this point, but it promises that Go will represent its "lowest cost" offering to date at below $800 -- for some people, it will be cheap enough to come along on that big summer hiking trip.

In this article: android, go, hotspot, ios, iridium, iridiumgo, peripherals, satellite, wifi
All products recommended by Engadget are selected by our editorial team, independent of our parent company. Some of our stories include affiliate links. If you buy something through one of these links, we may earn an affiliate commission.